Do They Make It Up?

Also note in both stories they finish with "and weve shortened St Nicholas Abbey after support too" and "St Nicholas Abbey is the best backed horse." Well done lads, you'd think they'd be pushing him out no end considering the other two are being backed off the boards..

Bookmakers should be MADE prove what they say to the press, IMO. 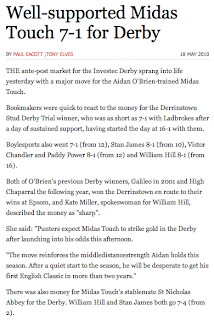 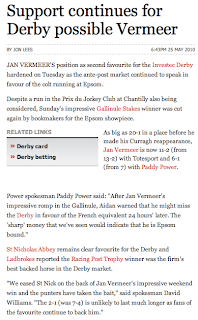