Well the golf didnt go as planned last night really, I was against the top three on the leader board but fair played to them getting into the playoff. They really were so nervous though and I'm still amazed they made it that far. I had massive green the rest of the field, especially backing Tiger and Mickelson after backing them at big odds. Losing €150 wont kill me though and I can keep moving forward, the worst thing to do is panic in these situations and go and lose over €400. I'd no idea who was going to win the playoff so going equal red was the only thing I could do in the end.

Anyway, with the golf out of the way and nine meetings on today I played well for the most part. Dropped a few quid at Fairyhouse on the National and the race before it and was a good bit down, but played well in running overall for a small enough profit on the horses. Backed the first winner at Fairyhouse with Bet365 as they were best priced this morning and thats below. Laid Australia in the cricket when they went sub 1.6 and that went really well and was able to go €120 all green quite quickly and focus on getting back level on the horses after the early losses. I really am nackered now after the day, race after race with no breaks does take its tole, more so when you're trying to nose in front after dropping a few quid early and I'm looking forward to lying on the couch now to relax for an hour or two.

Gutted to hear that Wichita Lineman died today after his early fall in the National, what an amazing race he ran at Cheltenham and it just goes to show what can happen in this game. We really should take every chance to go and see these superstars in action as much as we can, some people wont understand it, but its very sad to see a horse die while racing, you do get attached after backing them a few times, following them or whatever it may be. 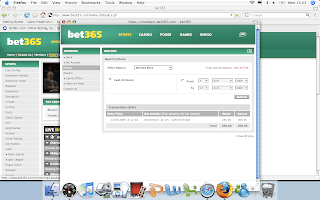