Step one of betting like a knobjockey - bet on the Eurovision. Seriously sometimes I'm an awful eejet, I actually listened to the songs and all, did a bit of research and still lost, what was I doing! Last year I won over €500 on it and I think thats what lured me in tonight, really annoyed to lose money on it though. Had planned on laying Ireland on thursday to get through but not sure if I'll do it now, and think Norway will win the whole thing on saturday. Tonight has put me off it a little though.

Anyway, apart from that it was a really, really good day and got my touch back on the cricket. Its amazing how gambling goes, I was looking at an all red screen of €150 thinking not again, lay 1.27 in hope more than anything and all of a sudden I've just won €350 and feel fantastic again. It didnt last long however as I lost €100 on the next game, it was a 1.01 train though and I'll move on, delighted to have a winning day on it though. And had a little bet on the cricket runs in the game in England this evening, the screen shot below, was only a small interest bet because the game was over as regards the run chase but got back my losses from bet365 this morning which was nice. The horses went well this evening in Ireland too.

Not happy with the Eurovision bet but I did give it a fair bit of thought so it wasnt too bad. Its just like when it loses you think why did I bet on the Eurovision! Still delighted its a winning day, if a small one, feels like a long while since I've won to be honest. Nice to be moving the P&L up instead of down and tomorrows another day.

Just looked now and the last time I had a winning day on Betfair was the 3th of May, its now the 12th - thats a bloody long time! Think I might have a little dance in the middle of the room now after winning. Yeah I'm fantastic!

Posted up I was finished with the opening batsmen cricket bets this morning, did it in a bit of a hurry so people knew I'd stopped before an innings started and never explained it. Basically, its getting in the way of trading the game on Betfair. And also theres certain games I really dont want to do the bet in like today, I did it anyway and lost the €25, which has happened the last three games, and I wasnt happy with it after that. I cant do both bets and I'm picking Betfair over it. Its not the fact I dont think it works fully, its the fact every game doesnt work, picking games is very different but every game isnt profitable. 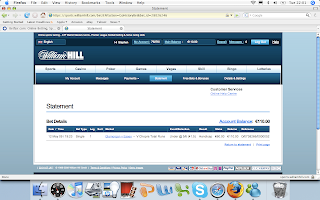