Nice result on the cricket today. Only got to see the second innings but was on the right team at evens at the break, bit annoyed I went all green at 1.3 because the chase looked so easy two balls later, but thats just me being greedy. Seen Ravi Bopara being interviewed the other day and he basically said his job was to bat through the overs and get as many singles and twos as he could early and then start kicking on after 15 overs, thought bet365s line on Bopara was low, it doesnt take long to get over 20ish runs in 20/20, youre just basically betting on the player not getting out early when the line is so low. Seriously though, why cant Bopara do that for England? 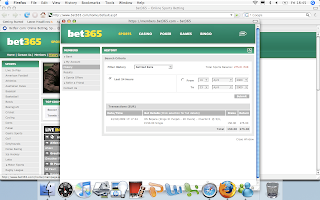