Cricket, when a team are batting in 20/20, is not a team sport. Its all about what that one batsman facing the ball does, forget the rest of them sitting in the hutch. The fielding side is a different matter all together though, so is team spirit, but its all down to the guy facing the ball at the time. Just look at how the market reacts to a wicket. Anyway, talked a few days ago that it might be profitable to back unders on the two batsman opening. Both will have a line over 20 normally and both will be 5/6, if you have €150 on both you just need one out early to make a €25 loss, with the chance of the two of them going early and you then win €250.

It goes without saying, you can only do this bet when certain batsman are opening and its very important to know what the batsmen are like, for example, never back under on Gayle, Hayden, Gibbs etc. Also, I wouldnt be too keen doing this bet on a team chasing a total, or against a team with weak bowlers with the new ball, or on what looks a good pitch. Aswell as that always look around because all bookies will have different lines, today on bet365 the lines were 3 runs under William Hill and the same price, so I was getting more runs value with William Hill for the same price.

Didnt make it out of bed in time for the first innings to kick off in the first match, when I turned on the computer Gayle was on 14 I think and settled well, massive fan of him when he gets going and backed over the line with William Hill again. Really didnt trade the game well at all though and made a loss of €310 or so on Betfair, will post it later, just couldnt do anything right, everytime I entered the market it went against me. Its one of the things I'm working on at the minute, when I'm all red early in a game I seem to find it really hard to pick out the next trade or bet, always seem to be waiting for the odds to creep out that little bit more and it doesnt work often, plus you get a biggish loss when things go really bad like this morning. If I gave one tip for cricket trading, it would be to try and sit on your hands for the first innings and not bet, then get involved during the second innings. And if you must lay during the first innings, make sure the price is under 1.5ish. 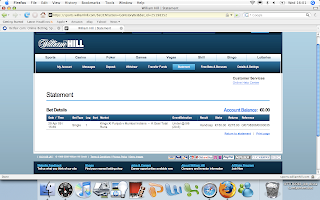 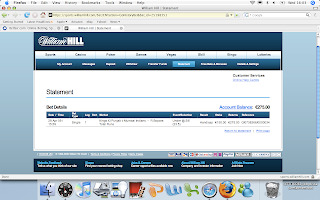 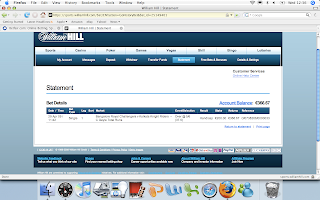