Serious craic at Punchestown today, great to be back at a national hunt meeting for the first time this year. Still scratching my head how I managed to back the first 3 winners on course and come home with less money than I went with but anyway! Had a bit of a cut on Meades in the bumper which went kaput. Backed a few horses on Betfair mobile, some won some lost, the usual you know. Managed to get a few quid out of Paddy Power again, delighted, he was doing a competition on Facebook about picking the exact minute the first goal was scored in the Ireland game, there was about 400 odd comments from people on Facebook picking a minute, me being the clever fooker I am worked out than picking an exact minute much be massive odds compared to the 17/2 on 0-0. So the very man had to give me €50 on Facebook this morning, couldnt of been happier, put it on Donnas Palm that won just to rub it in a little more for him. By the way, if you do add him on Facebook, dont back any of his tips, hes shite!

Couple of points from todays racing..

1) Winner of the first race is very good. Didnt jump well at all, still won handy enough.
2) Donnas Palm was a handy winner too, Meades in great form.
3) What the fook was Paddy Flood doing on Ponmeoath? He lost about 5L from absolutely nothing probably at the most important time of the race, while on the bridle. Have to say he ran like a non-trier but there was good money for him all day.
4) Harchibald jumped super, why was Sizing Europe cut so much and Harchi hasnt moved for Cheltenham. Wouldnt have Sizing Europe winning an Arkle to be honest.
5) The seats in the restaurant were the most uncomfortable my arse has ever had the pleasure to sit on.
6) Whoever took Meath All Star and Serpentaria away from the Mullins stable is a fool.
7) Voler La Vedette is a serious horse, looked absolutely gorgeous beforehand, did it easily enough too, one to follow for the year I reckon.
8) Is there anything better than a quiet Thursday evening at Punchestown? Dont think so. 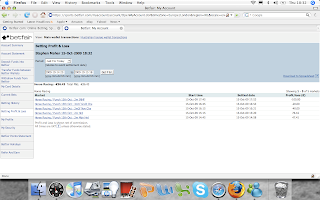 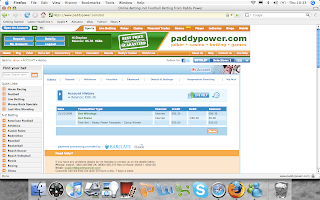