Not that I particularly deeply care about this issue or anything, there are far pressing matters in the world than Christmas Number One. Anyway, judging by the market it appears the Rage people have won, very nice rebellers of Simon Cowell.

Now, heres a mad thought, Rage Against The Machine are signed up to Sony right. Yes. And BMG are part of Sony right. Yes. Well, by any chance would Simon Cowell happen to own this company? God no, the people are rebelling against him sure. JAYSUS, hold on, he does own it!

Very nice rebellers, very nice. I'd love people to rebel against me while giving me money. I quite like Simon Cowell actually, hes alright, I reckon he'd make a top, top gambler, even when he loses, he wins. Whos the daddy!

Jedward for Christmas Number One I say. 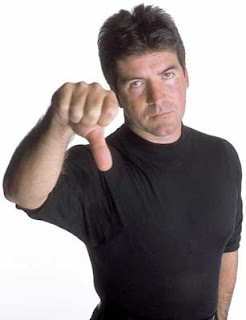