Two complete trains today. First market was really weird, Delhi were 1.18 to chase 143 yesterday, and then today KKR are 1.53 to chase 136? Different grounds, different teams etc, the gap between the two prices is unreal though given they were chasing less runs. Nothing wrong with the pitch today either, 36/0 after 4. It went from 1.4ish to bigger than 1.5 during the break too, I thought something was fairly fishy at one stage, still had to back it though you know, cant not back it off the back of someone moving the price. Either lumpy took a massive hit or the Injun bookies took the hit, they held the price for ages too. Rode the train down to 1.08, that was easy because I was on the right train, the second game was not, I was on the wrong one.

It took nearly half of my profit from the first game away, straight train, no bounce backs either, supported Chennai after they lost the first wicket (hes only a token Indian player), Raina comes in with Hayden there, support them, Raina hits a 6 second ball, out third ball, head in hands man and bye bye money, awe-red for €60. They lost another two quick wickets after that too for GSM. On another note, probably an idea not to give Morkel as much hype as the comms give him, he hasnt won a game in ages really, they talk him up as if he can hit 20+ an over, he hasnt done that in a year now, still handy enough but not a miracle worker like Pathan or someone.

Cant wait for a day off tomorrow FFS, IPL really isnt good for your health! Nackered. A losing week, but not a big one, minus €100 on Betfair, plus €40 on Betdaq from the outage. Frustrating more than anything else really, Tuesday was a waste of my time with ATR more behind than usual, I was seething Wednesday at events lost €160, Thursday was plus €15 or so, Friday was minus €35 and the weekend was alright in the end getting back €110 or so. Wednesday was just poor all round, Zimmers collapse, Windies 5 runs short of my line, me not going awe-green, just crap.

I presume next week will be a big winning or losing week depending on what happens, cricket every day and Cheltenham. Finished just about level give or take a few quid every week for the last 6 weeks. I dont mind finishing level, but I dont like it when one stupid day just ruins the week like this one. I'm never gonna get this with the IPL on - but I'd prefer €30 steady each day as opposed to win €100, lose €70, lose €40, win €50. I'd prefer the easy way to life, but sure never gonna happen with the IPL on. Never gonna happen with gambling full stop really. 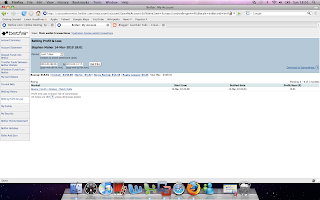 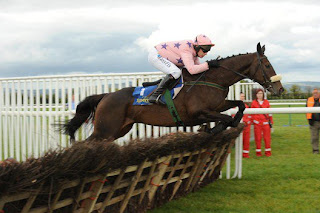