For the first time, in maybe over a month, I found myself in bother in a cricket market with looking at a €100+ loss..

I know exactly what I did wrong too. The only reason I havent found myself in bother lately is because I've been betting while the innings is ongoing rather than taking a view before the start. They lost, but 1.6ish at HT to chase 18 under par average score on that pitch was a cracking bet, no problems, but it does leave me open to things going arseways.. like they did. Two opening batsmen went in the first three overs. The annoying thing too was, I didnt go awe-red at 1.5 after I took the screen shot because I thought that was more of a lay than a back, then it flip flopped, but never got back to my price.

Its a weird one to explain, the 1.6ish was a good bet IMO, but it was a poor position to be in. Its like poker, you wanna get your chips in, in good position and as the favourite. It was just a poor position and left the door open to losing. Compare that to betting while the innings is going on, where you can get out of most positions for small red and start again. I did learn though, it wont happen again, have a little look at the innings before I back, rather than pre-judge events. Although it was pretty bad luck losing two wickets early (caught on the ropes too FFS), if I havent of backed at HT, I wouldnt have been open to that going wrong in the first place.

Anyway, I was hung, drawn and quartered in the GAA with that goal in the last few minutes, laid Fermanagh, Cavan were finishing much the better, level game, Fermanagh looked finnish and tired, boom goal, good night Stephen. A fellow tried to catch it, it bounced off his head and went to another fellow, and he stuck it away. FFS. Wasnt that much money in the market though so only minus €22.

I dont normally bet on football, but opened the England market yesterday expecting to see around 1.35ish, saw they were 1.56! Amazing price (IMO anyway), no issues win or lose backing that. It would have to happen though, when I back them, what a fooking mistake by the keeper, Jesus Christ. Just capped off a really "unlucky" evening, amazing how one bad market effects the next ones, cricket was my fault.. then the GAA and soccer was completely unreal how unlucky I was. And FFS I hate football! Emile Heskey would not be able to score in a Thai brothel giving out free hand jobs on a Saturday night after pub closing hours.

Behind around €150 this week, been a touch unlucky today but have been a serious mug at times, dunno what the story is with me.. will take it a bit easy tomorrow now. Probably a case of you make your own luck, a few bad bets and then you get stupid mistakes like Rob Greens going against you rather than for you.

Its so easy to lose money when you play loose though. Yesterday finished €75 up but today undone that plus another €100. I suppose the only good thing is I know what I did wrong, still terrible though, discipline and 'good bet picking' went out the window at times.

The €55 betting in the first innings during the week.
The €150 betting at HT today.
The €150 on soccer.
All absolutely terrible discipline in hindsight, I liked the price but not normally my style you know, and no one bar myself to point the finger at really. A kick up the arse indeed.. 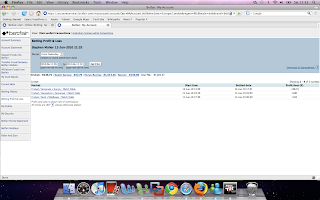