Shocking, Too Close, And Boom..

Shocking - Dublin. FFS what a terrible second half performance, I'm gutted because normally I'd be over the moon like the rest of the country with Dublin losing but I backed the hoors. Evens at HT was a good price IMO, Dublin are mostly a second half team, most games are close at HT anyway and I thought Dublin were the better team in the first half. Cue four goals from Meath, four FFS, its meltdown when a team gets two in a game ever mind five. Possession was 50/50, Dublin had 13 scores Meath had 14 scores, Dublin had 13 wides by the 50th minute. The problem? Meath 5-09 Dublin 0-13. The goals absolutely hammered me, I still thought The Dubs would win after the second Meath goal, there was only three points in it at that stage, but two quick goals later the market was in the 1.0x's from 1.8s.

Dublin hitting the post three times was a kick in the balls too, it just wouldnt go over, I dont mind teams scoring you know, GAA is suppose to ebb and flow, you score we score you score we score etc etc, but Dublin would miss and then Meath would score a goal never mind a point. Thats the first time in six years theyve lost in Leinster, I stand by the price and bet so you know no real issues there, just let down by a horrible performance and what I expected from them.

Still a losing day of €100, but sure theres not much I could have done different much like yesterday so I'll just get on with it without thinking about it. The good thing is, I miscounted yesterday when I thought I was up €200, I was actually up €300 at the time, so the week finished €200 in profit.. after being €550 on Friday night. What an odd weekend, normally its level until Thursday then kick on, completely opposite.

Boxing, cricket, tennis all been excellent. GAA has really let me down, but its normally always a good winner each week, Kildare at 1.65 was a good bet IMO, three points up with minutes to go and to throw it away was head wrecking. Dublin at evens was also a good bet at the time, conceding five goals in a game is nearly "amazing scenes," so I was a bit hung, drawn and and quartered there. I'll been let down by performances more so than being a mug, in my head anyway. The horses from Betfair was just an arb, minus €500 with WH, I've done nothing else.

Weak finish but good week, annoying the way it ended up but if offered €200 at the start I would have taken it I suppose. I'm in London most of next week and exam results are out Wednesday (!) so next week might be a bit bare on the posting front. Will still definitely do the screen shot whether I bet or not on Sunday though because it keeps me disciplined.

Anyway, theres the little matter of a Ballydoyle 1-2-3 in todays Irish Derby to celebrate. Coolmore haters are SEETHING, I love it. It was a seriously weak renewal but its still a 1-2-3 and should keep the 'APOB finnish' mob quiet for at least a week or two. It doesnt take much to get them going again, however.

I also have to sort out my CV for tomorrow morning as I intend to apply for the soon to be vacant England managers job, I will take less wages than the other fella and settle for £3M a year, and only ask for my holidays when Royal Ascot, Cheltenham, Aintree, Irish Champion Stakes, The Arc and The Breeders Cup are on. I also sleep in until 12ish each day so wouldnt want to start training until 2 or so. Assistants apply within please. 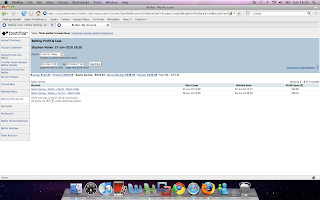