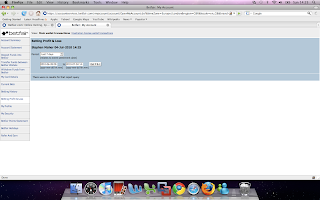 Back in Ireland after an epic week in London. For sport, IMO, it is the best city in the world. Played in my friends four poker tournaments, I left before the final count but I think he raised over €120,000 for charity which is amazing in the recession, I finished 4th, busto level 1, busto level 5 and 6th. The 4th was a good 4th, the 6th was sightly muggish as I was 2nd of 6 at the time and the only player who could bust me was the one I got involved in a big pot with (I had a flush draw, up and down straight draw and top pair, he had a bigger flush). But anyway, I've never actually won a tournament so I'll stick to trying for final tables.

I've had Ems with me all week so thats the reason for no betting, went to Leicester Square for the Eclipse premiere which got me major brownie points so I reckon I'm OK for coming home late, gambling, drinking and swanning around without her saying a word for at least 8 months, at least. Went to Wimbledon too which was the main reason for going, got to see Djokovic play, but the highlight undoubtedly was seeing Martina Hingis and Anna Kournikova playing doubles. The standard of tennis, the score, backhands, forehands, I cannot comment on, but they are babes.

And the JP McManus Pro Am is on tomorrow and Tuesday in Limerick, heading to that, seriously I've never been more excited for a sporting event in my life, TIGER WOODS! Hes on at half one, we have to leave here at around 10 bells sharp and drive for maybe three hours, but it'll be totally worth it. Hes on a 8AM Tuesday too, but thats a bit early for getting there, Padraig Harrington, Rory McIlroy, Ian Poulter, Samuel L Jackson, Ernie Els, AP McCoy, Graeme McDowell, Lee Westwood, Michael Douglas - its going to be awesome..! Was only €50 in for both days too.

The only spot of bad news is, I got my exam results back on Wednesday and failed one, so I'm gonna have to take a couple of weeks off when the repeat is on, maybe sometime in August I havent got the letter yet. I cant find the post where I gave myself odds on each exam, but I passed the 33/1 shot (gubbed!) with 42%, best 2% of my life. The one I failed I think was in at 9/4 or thereabouts, was all definitions and formulas, basically it was the only one I couldnt waffle and couldnt get away with not going to class. I'll pass the repeat though if I study a good bit.

I'll be back to betting on Wednesday, I have to squeeze in a visit to my Grandad too because I miss visiting on a Monday like normal with the golf. I'm also making sure, Emma, my Mother and my Grand Mother are all locked up indoors while Tiger is in the country.. 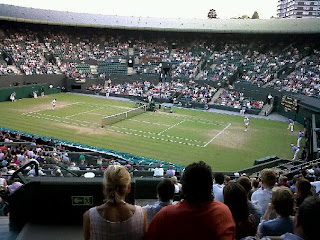