Tipperary v Galway was probably the best game of hurling I've seen in years. Unfortunately it was incredibly difficult to trade, I think my first mistake was backing Galway rather than laying Tipperary - I always like the draw cover, but even so, it was just so 50/50 that every position I took I just wasnt 100% sure so was left awe-redding/switching with no conviction either way, everything bad basically. At least I was consistent all game though, was €40 awe-red at HT and then €80 awe-red at FT. Tipperary only scored the winning point in injury time, it was really one of those 50/50 ones.

The good thing of the day was Taylor won though, the Barney draw in the final was probably one of the easiest around because, IMO, Barney is completely goosed mentally against Taylor from all the beatings, he doesnt believe he can beat him. Someone like Whitlock or Wade are a bit more scary when backing Taylor at the start of the competition, but he even bashed Whitlock off the stage only losing four legs. I've said it before but - Genius.

That knocks the week back to plus €40 which is a small bit annoying, but I'm pretty happy tipping along without seeing any outstanding bets/opportunities, take out the hurling today which I wasnt that sure of myself on and I'd be looking at €150+, but sure take out every losing market and only count the winners and I'd be a millionaire. I'm fairly confident I didnt do anything wrong so just get on with it and onwards to next week.

Kildare got Meath in the draw for the quarters, which is a proper result IMO, I think we'll beat them, and we'll be a good enough price too, maybe 5/4 I'm thinking? Evens at worst. Meath arent that good sure they robbed the Leinster final on poor Louth, the bad thing is though were on the same side of the draw as Kerry who we'll play in the semi if we beat Meath, dont think we'll beat Kerry (Kerry probably be under 1/2 to beat us - ish), dont think anyone will actually, but sure quarter final or semi final of an All Ireland is a cracking result. Beat Meath, play Kerry in the semi and sure all we can do is have a go.

By the way, is this the best newspaper headline ever? I'm actually full of news today, BBC news reported earlier that Cheryl Cole was down to only 84 pounds - what a fooking bargain, I wouldnt even mind if her cooking was bad for that price. Newspapers and news channels are great for useful information. 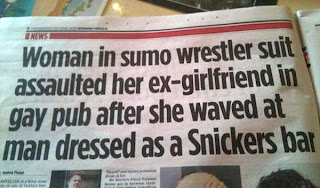 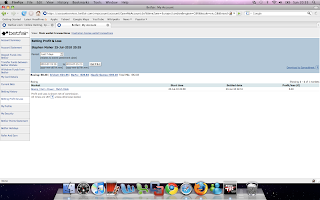