County Kildare OI OI, won with a bit of style again today and keep getting better with every game, need a good draw next round though because I reckon if we get Tyrone or Kerry we could be goosed. Obviously no one wants to get Kerry, but sure we'll take what we get (please let it be Roscommon! We'd be around 1.3ish to beat them).

Struggling to update the blog this week because of the Caribbean T20, one game starts at 9-00 and the next at 1AM, so its difficult to find a proper time to suit. Liquidity has been gash though, this was last nights game..

I'll keep an eye on it because it strikes me as the sort of tournament where you'll see meltdowns and amazing scenes on a regular basis, staying up past 1AM to look at a market like that though, no chance. But sure just have to take each game and see, Canada - who are the only invited team there, are one of the worse cricket teams I've ever seen, theyre playing now as I type and the other team (who I've equally never heard of) are 1.05 to beat them. Not great trading craic.

Neither was the boxing last night, as Halls SP was 1.24, 1.1 after round 1 and then 1.03 a few rounds later. I ventured over to the darts only to be reminded what a mug I've become on them this year on games dealing in legs rather than sets. In fairness I backed Baxter - who hit 2 doubles from 13 shots after only six legs (seething officially), I backed Webster who got totally blown away by Stompe, and I backed Stompe to beat Barney because the market loved Barney - Barney was playing poorly enough but Stompe just couldnt take advantage. The odds were all fair at the time but just no support from the actual players, ended up awe-red for 20ish in all them, which I thought I traded well enough but its just when your first pick in the market doesnt do well, youre always on the back foot and its very hard to turn it around.

I actually laid a 1.01 loser today too (amazing scenes!) on the GAA. How much did I win on the market? 22 cent exactly.

Very sad to hear about Alex Higgins passing away today, he was a total genius and a true legend of the game, may he rest in peace. 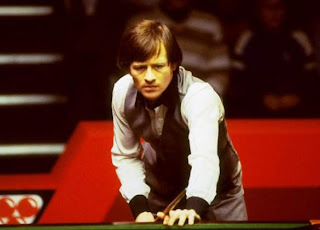 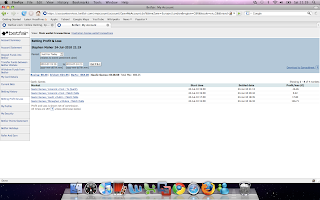