I suppose the biggest sporting news is Usain Bolt was beaten in the 100M. What a bloody sore loser though, I mean to put a sticker saying "GAY" on the back of the winner, I havent done something like that since I left school FFS.. 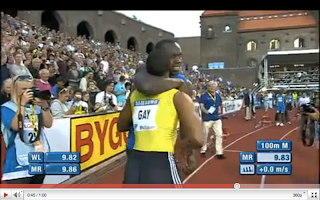 Anyway, no internet since Tuesday night but I've been able to do the test match through Betfair mobile as speed isnt really important, Betfair mobile is actually around 20 times faster than o2 stick internet with the 5sec update - probably the best thing Betfair have ever done aside from the normal site. HOPEFULLY Eircom will have it fixed by the time I get home, came into my Grandads just in case England collapse. To be fair to them, I rang Thursday at 12ish, they tried to fix it from base but couldnt, I rang at half 7 then that night to say it didnt work and they said they'd fix it in two days, just unlucky it was the weekend, but thats the first problem in 3 years and I wont have to pay for them fixing it, very good service IMO.

Strange market yesterday with Kilkenny, no players out, no fuss or bother, but drifted from 1.23 to 1.3+ in the half an hour leading to the throw in. I had them in at 1.14 to begin with, best price with the books was 1/6, cant explain the drift. By the way, theres a fellow over here and hes backed them to win five in a row at 1000/1, he had €50 on it and theyre now down to 1.3 and into the final to win the 5th, what an awesome buzz thats gonna be watching the final for him, fair played to him. 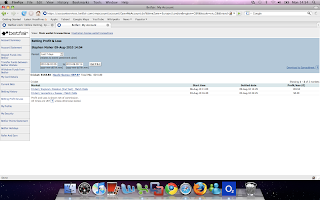