Been struggling to get things to click for the past few days, without losing too much but not doing anything great. Probably always gonna lose when Pak win a game so no complaints there, traded it muggish whole game too - but when on the wrong team things are always difficult I suppose. Eng done a Pak, 17 for the last 5!

Am happy for Pak to win a game though, I like them, besides all the madness and trouble, theyre interesting to watch anyway.

Still, only €30 behind on the week to here and thats probably an achievement because I've been poor enough, the markets I've won on have been handed to me basically with wrong odds with Indian teams involved, everything else has been well short of the mark. Backing 1.6 shots that go to 1.5 the other side, backing 1.4 that goes 1.6 other side, that sort of stuff, have gotten out of most of them the best I can though so thats a plus. Just struggling to find the opposite swingers this week. 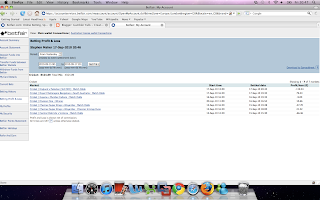