Take a bowwww son, what a hit!

Anyway, nice relaxing weekend of sorts at Maher towers, havent had a liability over €100 in any market with the sketchy form at times during the week, so just took it easy.

Anyway, minus a tenner on the week which is OK, probably know to stay away from tennis in the future and apart from that everything else has been fine.. cricket has been hit and miss, I won €300ish off one market and end the week +€140 - done as much bad as good you know. But I shall struggle on into next week, I had basically a golden six week period there where I could do no wrong, included the biggest test win of the summer at €1,400.. gotta expect to flatten out with decisions and thats what has happened with the market swinging the opposite directions.

College starts not next week but the week after and I still have to make a decision on whether or not to go back, positives and negatives to each side of what to do - I literally have no idea. I'm leaning towards not going back because I believe people only go to college to get a good job and a good mortgage in turn, but I'm different from the "normal" because I already have the house paid - and I think in future I dont want the big money big stress job because I have no need for it. Its that JP McManus saying again, "You bet to your means." Looking at half the country up the swanee because theyve spent too much on cars/holidays/things, IMO I'm probably best kept away from the "normal." The only thing about that is people look at you weird when you tell them, but I have good people who understand around me, not many - and not including parents, but still.

In March (which would be my start of year technically) I was on 19.5k-ish for the blog, few months before that all my bookie accounts got limited which were set up for here, but this year I'm up nearly 6k solely on the blog - my living expenses amount to 7.5k a year, half and half with the filly, who has a job - so I'm nearly there for the year on the blog alone in six months, keeping poker and other stuff for myself and the blog paying yearly bills would be amazing, and if I took a literal reading of the blog I've been doing it for 18 months and would have nearly four years living expenses (2.5k away from it). My estimate on living as a bachelor would be maybe 9k/10k, but I think I could live off 5.5k a year if I really had to, and I mean really had to. Included in that 15k between us theres loads I could do without if need be you know, and if I hit the wall her wages would cover the 15k too, but thats not really the point of things.

My biggest worry for the future is will I ever need 20k per year - because I'm no where near good enough to meet that solely through Betfair, but the only scenarios I see that being the case is getting a bigger house (which is highly unlikely) and with kids (I kind of know shes the type to want 5 or 6 (foooook!) and I dont want to let her down like in years down the road and I want her to be happy), so then, when going for a job in 10 years time, I sit there: "What have you done for the past 10 years?" "Errrrrrr.. quick look whats that outside the window!" I've never even had a proper job outside gambling. I'm qualified enough to work in a bookies I suppose, I dont really 'want' to work though.. who does I suppose. I'm also in a lucky position at this stage to not "HAVE" to win to pay bills, I can go level for months without pressure, like the start of the year, I wouldnt like the idea of having to win to make ends meet.

But having the need to win will only happen if expenses increase and they'll only increase with events, which I can avoid probably, theres also the elephant in the room with the online gambling tax being talked about here, 1% on winnings wouldnt bother me really, any form of tax on turnover and I'm finnish though - 5% on winnings would also be difficult in the long run. Theres an easy counteract there though and thats to move country, just try and swap for similar house prices, cost of living would probably go down too, its either that or give up basically when you think about it.

Thinking of the future is a bugger though, ya never know if a decision now will only start to effect you in five years time etc. Thats the stuff I lie in bed at night thinking about anyway. I never have to think about gambling, I almost always know what to do (that I'm happy with myself and suits me, whatever about what someone else thinks), decision making is easy, its peaceful. Life, life is harder. 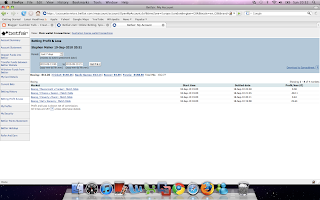