Storm first on, and finnish, predictable or what! Didnt make any money off it though, laid Belle Amie a touch, sweating a little there when the bottom three was called but OK in the end. Dont want to sound like a broken record but jesus I'm missing out so much on laying Wagner with no bottom two market, I genuinely think it would have been worth around a grand or more at least over the 4 or 5 weeks he'll last, two going each week knocks that down, but still gutted. Was just saying there the comedy/novelty vote must be massive for the first few weeks, problem is when we finally get a bottom two market he'll be up against all the good acts with plenty of followers by then.

Anyway, been very lazy since the test finished on Wednesday, it normally takes a day to recover for some reason, but even more so I suppose when its not on English time. Theyve moved the boxing to Saturday nights for the time being which is a horrible move for me, I like my Saturday nights with family and friends.. Friday Fight Night was perfect, cant give it 100% on a Saturday.

At least I've been disciplined though and didnt just bet for the sake of it, had to have a small bet on Sizing Europe at odds against, race fitness probably told in the end but I'd give him another go at the trip and see before writing him off as a non-stayer at 3M. Enjoyed Rulings win today, hes my favourite 2yo in Ballydoyle, about time he ran.

Was just watching Reeling In The Years from 2000 this evening and loved it, (one I can remember at last!), that was the year BO'D scored three tries and we beat France for the first time in 19years, I got my first mobile phone for my birthday! I remember I was in school in French class for the O'Sullivan silver, and I forgot how hot The Corrs were..

Been an excellent week, I love test cricket.. although the big negative is, it has dawned on me I cant really do The Ashes during the night if I want to have a normal life at the same time, which I have to, so thats not great craic but sure what can ya do cant have everything.

I've had only six markets all week and that'll hopefully be the focus for the winter, picking and choosing, and having days off when theres nothing on rather than go hunting for something to entertain me.. theres the only reason I enrolled in college this year. 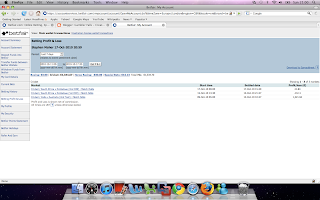