Just when you thought we had got rid of Pakistan after the England games theyre back with two T20s, five ODIs and two test matches against the Saffers in Dubai. They never go away!

While I love watching them (theyre interesting, something is always happening anyway), theyre very hard to predict. We know theyre shite at batting, and we know theyre brilliant at bowling, even without Mo Asif and Mo Amir the bowling is top notch, but they never have enough runs to bowl at anyway.

So, that leaves me with (presuming Pak have batted first)..
A) Back the other team at 1.3 with a long term view of a winner, no trading if it goes higher bar to bail awe-red if needs be, that needs bottle should it hit 1.5ish etc.
or B) Lay the 1.3 with the view of it hitting 1.6 and greening, knowing youre highly likely to be laying a winner, and it having the same chance of going 1.01 as 1.6.

The problem is theyre just almost impossible to trust whatever you do, and I end up in no mans land half the time, ended up winning on both games because Saffers won, but it was bloody hard work. Saffers went from 1.1 to 1.6 first game, and 1.15 to 1.5 second game.. but Pak never had enough runs to seriously trouble winning the game, just to make you nervous about what *could* happen. Very difficult, you could say the 1.1ish was a lay, but then at HT looking at a chase of 120 its not really something you'd do as a spec lay - not sure about other people but I have a great dislike to laying something which I think will win when you have the team rated better than the other in the 1.1 position chasing in T20, I'd rather just have no bet and watch in those situations because the ball can fly anywhere first six overs, or wait to see if the price bounces and then back it. But anyway, Pakistan, we'll never understand them. My head hurts when I try. 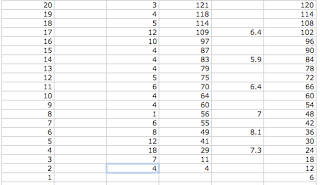 I note Wagner has come in for plenty of support this week in the win market, people have finally copped on to the idea hes fairly entertaining and funny, I think hes fooking hilarious (without trying to be too which is even more funny). Theres some saying along the lines of "When the man in the street is buying, its time to sell," I think my ship has sailed on the bottom two/three lays, if hes above 3.5ish I'll not bother. I still dont honestly think he can win (and a little annoyed now to have traded out so early but didnt see this media support coming), but just in case he wins anyway I have green on him like Jedward last year. Dont think it'll happen but it'd be a disaster if it did and to get nothing. 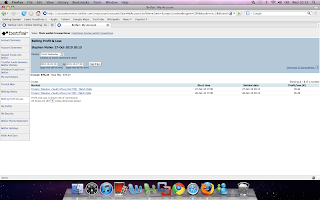