Got a college assignment going on atm so gambling is a bit thin on the ground, I did get up early this morning for the Aus match only to see they rolled Lanka for 116 and it was as good as over. I'm a disaster for hard work or effort, I lay on the couch all day yesterday thinking 'I'll start in 10mins' but kept extending that 10mins until it was suddenly 'too late' to start. Its currently 4/11 the same thing will happen today.

Some great sport on the TV yesterday though, why move..! I thought United were gubbing the 1.1s again until a Fergie time winner.. 94th minute was it? Unreal. And the Ireland v Saffer rugby was pretty good too, I like seeing sporting events supported normally but it was good to see all the empty seats yesterday.. the days of €100+ tickets are long gone and the sooner they cop on the better. And the Breeders Cup to top it off.. the Zenyatta race was baffling, horse? Jockey? I'm not sure. It looked as if she was pulling up going past the stands first time around and it reminded me of Istabraq at Cheltenham, then she almost takes off, I couldnt work it out at the time. My only blame towards the jockey would be turning in, he got too cocky and didnt give her a good run IMO, I dont really blame him for being so far behind early, he was niggling her IMO. However, I've only seen it twice, couldnt watch ATR for long last night had to switch off, two words - Matt Chapman.

I had a rough day in the markets on Friday, which was half the reason for Saturday off, the rain in the Lanka v Aus match confused me totally.. much like my bad book on the US Open final, chopping and changing, not having a definite opinion gets me into all sorts of bother, I thought Aus 1.2 was a pretty good lay but the danger was if it rained it was finnish no trading, so being scared of that led to a lot of awe-redding and then re-positioning to the previous position before awe-redding. Exactly like the US Open basically. Any doubt with me and I'm pants, but I knew that beforehand anyway, nothing new there. I also made it €80 worse after the screen shot.. awe-red, and I'm pants too and make it worse.. again, nothing new there! In hindsight I should have just walked away but once the red isnt my max that wont happen.

Another reason for the weekend off is I've been living off blind luck lately without feeling shrewed about things - the Razzaq knock got me from losing €90 (at 1.01) to winning €110, I was €230 awe-red Aus game and then 1.02 was gubbed to win €900, I'm winning off luck not skill, getting rescued.. the -€260 market was bound to hit sooner rather than later.

Also, I'm aware now the blog is nearly turning into a cricket blog at this stage, but I now rate giving up horse racing as a serious sport as one of the best decisions I've ever made. For the amount of time that went into it, it purely wasnt worth it, and the other sports have really taken off when the time has been passed over to them. I still like watching racing, just as a betting vehicle I'm at such a disadvantage compared to the on course backers, and if I'm being honest the English flat season has bored me this year so I havent been fully dedicated anyway in the studying form sense, I also look at the BHA and think the future doesnt look fantastic either. I would still do the Irish racing but obviously being on ATR that just isnt even worth thinking about.

Its been about two months since I gave up the horses seriously, was hit and miss for months before that, and Betfair is plus just over €3k on both wallets this month (well last month, last 30days) and money from bookies too, although not much maybe an extra €400.. long term readers (if there is anyone indeed mad enough to read that long without killing themselves!) will know I often spent the whole day playing in running for €20, and I'd class that as an achievement from home with the delay and the markets. Whereas now, I take the day off, sleep if I've been up early or go have a laugh, I'm coming into the other markets fresh and without frustration, and overall just in a better state of mind. I think the general opinion (at least on the forum anyway) is that the horse markets are the least "fair" out of everything so when I lose on the others I can live with it being my fault. The last screen shot is the month one, the first two are the normal week ones. I sometimes miss the racing, but I'm all about whats good for the money :) 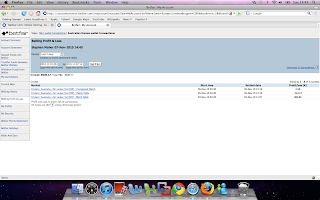 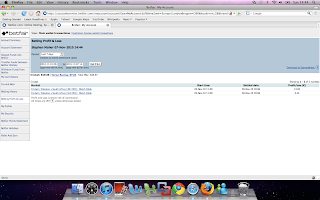 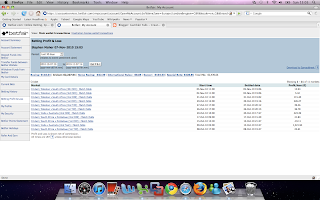