However, at least I didnt lose..! Profit this week reads €2.12, now, I know I'd earn more if I was a small Indian boy making shoes in a Mumbai sweatshop, BUT, I have decided to press on with the gambling, and come forward, and do whats best for me.. *insert any oul Brian Cowen rambling point here* and so forth on. Cant believe I wasted half an hour of my life watching that press conference, nothing happened FFS. Heavily odds on he passes the motion of confidence on Tuesday too IMO.

Anyway, what the feck is it about Saffers v India I cant get right..!?

I give up. Undoubtedly the worst series I've ever had, and theres three games left! Giving them a miss? Check. I've no idea what I'm doing wrong, it must be something you know, but I just cant get a read on them at all. Yesterdays game was fairly amazing scenes alright with India winning by one run, and Saffers trading 1.01 and beaten, but even so I was awe-red before that, and indeed had more red on India.. one run, head in hands man..

Compare that with Aus v Eng which has been going great, and produces a healthy win of €250. Eng threw away the second T20 in fairness though, I had -€50 Aus +€150 Eng, only for them to lose by 4 runs and after getting the rate down so low it was a real kick in the teeth. Thought about getting out when Aus hit 1.3 or so but Morgan was still there and thought it was actually a good lay at the time so ended up just leaving it, really lost it in the middle overs though. 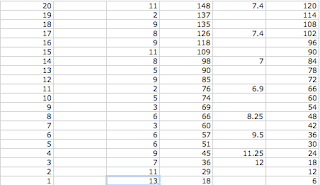 On the ODI front, its obvious from the first game this morning (and the T20s too I suppose) the teams are far more evenly matched over limited overs compared to the tests. All games from here are a coin toss IMO and should be priced 2 v 2 or Aus slight favs you could argue because home advantage, and history says the losing team normally wins the ODI series. Engs bowling looks a bit weak though bar Swann, Tremlett doesnt look an ODI bowler, who'd have thought the day I'd say they miss Broad. But Aus are much the same really and it looks like the batters should be well on top every game (unless pitches are very bowler friendly obviously) and every game will be close IMO bar total collapses.

I had thoughts of taking next week off just to forget about gambling and refresh, just take a break you know yourself, but then I thought well if it wasnt for Saffers v India I'd be winning last week, and nearly €300 in profit this week. So I'm not in terrible touch and in need of a break, just seems I cant do anything with those two teams against each other. The thing that drains confidence away is theyre really bad markets too, healthy awe-reds €150ish and no good trading moves, me being fairly risk adverse I have to be really bad to lose those amounts consistently, I go for the accumulation of money rather than the out-and-out attack version, so to keep losing there must be something amiss with what I'm doing. And I dont know what it is either, so I cant correct it you know.

Apart from that though, everything has been A-1, avoid Saf v Ind and I'll be grand. (I hope!) Its not a hard thing to change though (avoid three games) and it is blatantly obvious, not like the time I had to go running though P&Ls for hours with the horse in-running/pre-off thing.

Sad to see Kauto Star finish third yesterday when going for his 5th KG, ah I think at this stage age has caught up with him looking at him having to be helped along so far out. The days of cruising along are behind him it seems, and its bitterly disappointing given what he was against. Taking nothing away from Long Run, beforehand you'd have said Kauto was miles better, and indeed was miles clear on ratings - I think Kauto of last year would have beaten him (and easily). Erm, dont wanna be overreacting, but I'd retire him now after that, my view is what actual chance does he have of winning at Cheltenham? Very little I would say after being beaten so well, and with the falls hes had there in past I'd look after him and not run, the KG is normally "his" race and to run so poor, I think hes served us enough and he should be looked after now. Kempton was his gaf more so than Cheltenham was, so I'd read far more into a poor run there than the Gold Cup last year.

I read on Twitter from Paul Nicholas that hes going straight to the Gold Cup and he bleed a little after the race, he thinks it was maybe the second last that did it, but even so he was beaten turning in really and 8+ on Betfair by that stage. He didnt jump or travel like he normally does, I have no real problem with them running him again sure he is a racehorse after all, I'd just be of the opinion that hes done so much for them already and to run so poorly in his favourite race, I'd call it a day. We shall see. 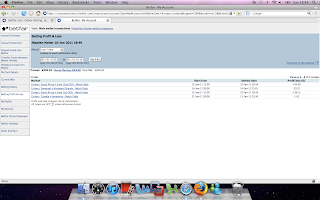 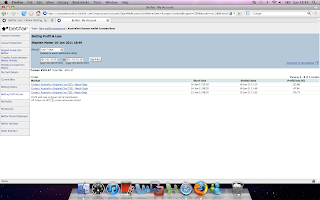