The Saffer v India test was just a disaster, just couldnt call the market moves right at all..

At one stage the draw went from around 3.4 to 2.5 in less than five minutes, and it wasnt even the 5th day, I was sitting here wondering what the fook was going on! Having said that, it did finish a draw in the end, and I spent most of the test laying it, so having +€300 both results and -€300 the draw would have made little difference really, it was just one of those really bad markets though. You know I dont even have anything to take from it for the future, just couldnt call a thing right. Real confidence drainer. I lost €85 on the last test too, glad the series is over.

The Aus T20 Big Bash was the exact same although I was saved - was €250ish awe-red (terrible for a T20 FFS), the markets at 1.03, in comes Pollard.. BOOM its 1.5 the other side and I'm €40 awe-green. I went from "Fook sake. Fooking hate January. Fook Betfair at this time of the year." to "YEEEHAA, whos the daddy!" in about 20 minutes, mood swings eh, I've never felt more like a woman. Dont get me wrong its nice when those things happen, but it doesnt feel too great afterwards - I'm saved rather than doing something right, I'll take it though. 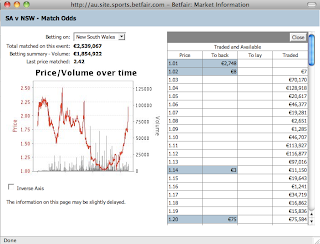 The Ashes finished zero, absolutely delighted Eng won though, brilliant. The Pak test finished +€75 which was the only thing I've done right this week, another T20 finished -€45 and today I went from €60ish green to losing €2. Its been a difficult week, I havent ventured away from cricket apart from the BDO darts final, just want a market to go 'right' for a bit of confidence you know, not even that pushed to have a winner like just a few right calls and I'll be away in a hack again.

I did my usual after the Saffer test mind, withdrew to leave around €300/400 in the account (normally have around 1k or so), and just rebuild with that, thats been alright, and since then the Pak test I was level green and the darts I was level green too, others have been jittery - I literally spent the whole five days having a mare on the Saffer market so that bit of doubting what I'm doing comes in - no worse thing for me.

Having said that, take out the Saffer market and I'd be +€80, which would be grand for winter considering all I want to do is get through to summer. Winning/Losing doesnt really tend to bother me in general, its the way it happens that bothers me, being saved by Pollard meant it wasnt minus near €600 for the week so its *felt* worse than losing just over €200 - which isnt really bad anyway.

Anyway, thy lord giveth the luck and thy lord taketh away.. I was sitting on one of a ray of fantastic Dublin Buses in our capital minding my own business on the way home on Tuesday, when on gets a 50-something wino woman (get a good image of a homeless smelly wino woman there) and sits herself down beside me, it being the most handy seat. The bus is packed at peak time, shes having a can and singing to herself, and I'm looking out the window trying to avoid eye-contact. Shes completely locked now, and loud. After 10 minutes, she turns to me, totally unaware the whole bus is quiet and can hear, and inquiries "Are you an escort, only ya look familiar?" "No, I am not, sorry" "Only ya have that escort randy glint in your eyes, I've seen you before" and turns to the people across the other side "doesnt he, doesnt he have the randy glint" before proceeding to slap me on the leg and roar out "ahh-haa I'd riiide ya for a fiver" and laughing hysterically to herself. Head in hands man, I get that bus every week FFS. 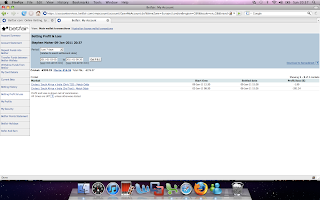 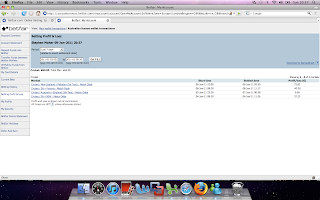