Sad times :( I went and had dinner before writing but still gutted really, nothing worse than an awe-green void market for the tie. First bet into the market was laying €400 in the 1.2s and then with the flip was sitting pretty, only for Eng to cock it up - somehow getting from needing 67 off 10 to 52 off 5 (I think it was 52 anyway). I wouldnt mind but I tweeted before even having a bet "This is just the type of chase where you'd love to have Morgan in the line up IMO" and jesus they missed him IMO. Hard to place blame but - Yardy gets 13/10, Bresnan 14/9, Swann 15/9 and Shahzad hits a 6 facing just two balls.. how come Collingwood and Prior manage 5 runs off 13 balls between them, theyre the batsmen it should have been there job to bring them home. (And I know my outright bets are against both but still..!)

Anyway life goes on, annoying for me because I was sat here with €230 green on Eng thinking fantastic, then it starts to look buggered so go equal green for €96 thinking thats handy, then get nothing thinking oh FFS. Some people must be delighted though because look at all the millions matched on India at the innings break, only for Eng to trade the same price a few hours later.. 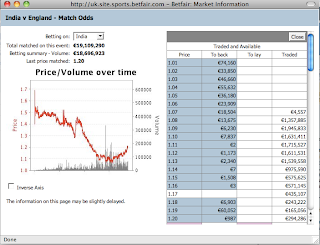 I took that screen shot because I was full sure I'd be talking about a gubbing, sigh.

At least the good news is Brian Lenihan retained his seat in Dublin West, my sports betting has been a bit poor/unlucky (today!) this week so thankful for my political betting skills, HA! Early odds on how long FG will last are..

11/4 next year is very short but understandable given the circumstances were in, next Government (whether its FG-independents or FG-Lab) will have to take some seriously unpopular decisions and the problems we have arent been given near enough time to solve them without the public becoming unhappy, so they'll be under pressure from day 1. Its gonna take something massive to collapse completely though so 11/4 is short, how long Enda will last - now theres the market! Still waiting for that one though.

Coming back to sports betting, I was gutted again on Friday night after Ireland failed to chase down 206, they only needed 38 off the last 10 overs FFS, admittedly with only three wickets. Winning would have given cricket here a massive boost, and when you think about it, how many times are we going to have the chance to chase 206? Very little you'd assume. I had every chance to green out too, and never took the full green option - that made watching them feck it up far worse! As for the games in the low odds, I havent been great, but really and truly havent had a strong opinion and ended up losing the odd tenner nearly every game - could be worse, could be better.

Anyway, plus €50 ending the week, losing €150 on Betfair but Lenihan winning me €200.. in an ideal world today wouldnt have been a tie and then Betfair figures would look much better and I'd be €150 up.. then in an ideal world Ireland would have lost either etc etc etc sure I'd never back a loser..

Theres an Irish freeroll being run by the Racing Post starting at 8-00, I think first five get some sort of prize and theres only 40 odd entered so far, should be good craic, with a freeroll I expect to be doubled in 10 minutes or busto, thats my plan anyway. 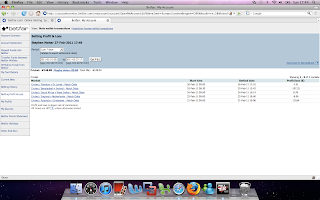 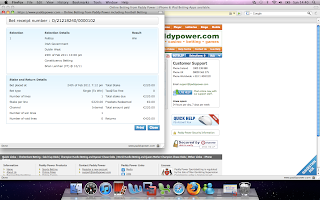