Pretty low-key week on the gambling front, Mondays game was rain affected and Tuesdays was completely rained off, Wednesday the first game was 1.06 SP so I got off to a slowish start with little opportunities and had this horrible feeling of "wanting to win," its hard to explain, obviously I want to win all the time - but not in the sense of going looking for something as opposed to being relaxed, having patience and letting things come naturally. Its the mindset really, I had a good WC and a good start to the IPL, probably a hungry greedy feeling is the best way of explaining it?

The last losing week was the 23rd of January (although there have been one or two level weeks), I was probably just itchy to keep winning - I could just feel it you know wanting to bet bigger or something. Sure enough it was a struggle to be like 'normal' and had a relatively small losing week -€90, I made an effort to curb the "bet and win" feeling and become more relaxed Friday and the weekend but just didnt have the touch. Its so easy to let the markets run away with you, incredibly fast moving and you forget that you have nearly 3 hours to trade and the idea is to watch most of it and bet on a small amount, pick spots and wait, I tended to dive in most of this week.

But anyway the show rolls on. Nando Torres has scored for Chelsea and the world hasnt ended? Dublin were 8 points ahead in the league final today and bottled it (har har har har!), some things never change.. were not long from the Championship now, although I was reading Kildare only scored 4 or 5 points in a whole game, we'll wait and see, we could be shite. Life could always be worse though I could be an Arsenal fan.

Speaking of kickball, I came across this story during the week, IMO it is immense..

The bib-averse Italian is said to have shouted "Rooney, Rooney" across the floor at exclusive San Carlo - then blown a raspberry in the face of her companion when he complained.

Property developer Sam Birch says Balotelli then asked him to come outside.

He said: "He tied to grab my arm before squaring up. Our foreheads were touching and I wasn't going to back down. Then he swore at me in Italian.

"I think he is unhinged."

Imagine the face on her, "Rooney, Rooney!" HA! I know hes a bit of a tosser but he clearly doesnt give a fuck so whats the point even moaning about him. I found this bit on him from Google too..

When he wrote off his sports car in Manchester shortly after arriving in the city last year, attendant police officers searched him and discovered £5,000 in cash hanging out of his back pocket. Asked why he was carrying such a sum, Balotelli shrugged and said: "Because I am rich."

What a legend, I found this picture too, theres about six people around him shouting, he just looks so calm.. 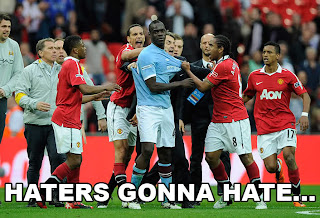 Obviously if you want him to do something on a football pitch with money on it hes highly annoying, but he doesnt give a fuck.

I threw out the idea of going to Hamburg for the Haye-Klitschko for a brief while this week but jesus it looks expensive enough for staying in Europe - I thought it'd be a bit cheaper considering Germany own Ireland now you know. €200 per person for flights, it only comes down a tenner if you go four days so might as well go seven, add tickets and hotels all seem to be €100+ a night. I didnt think it'd be that much, I'll stay at home and shout at the TV. 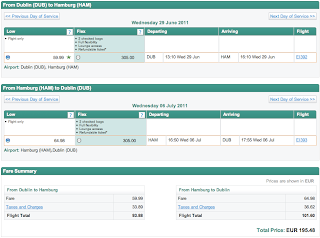 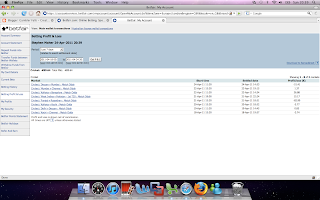