Long time readers will know its one of my favourite (probably number one favourite) on the list of things to do - lay the draw low on day 1 of a test match. It should never be near evens IMO, although there are exceptions, in Sri Lanka because of mad weather (I rarely trade there if ever) and India because the better option is probably to wait until day 3. I do have reservations for the rest of this series though, if anyone recalls Windies won a test early on against England, then produced absolute roads for the rest and it ended up staying 1-0, theres basically no money matched on the next test but already theres €1k+ waiting to be matched at 2.6.

Thats the first time on the blog I've been +€1k both sides - normally would have a strong opinion and have all green on one side but too hard to call with these two. An up and down test if ever there was one, the draw starting so short helped a lot, and then I just went with the idea of supporting whichever was outsider at the time while bowling for the main tactic, I did miss Friday though when Pak went from high 1.3s to 2.5 as I was in the cinema holding hands, watching Water For Elephants (alright but not a must see) which brings me nicely to my next piece of advice: 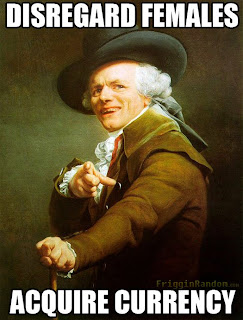 Yes. Very important. Write that down.

Saturday is normally the night for holding hands however the Eurovision was on, you know, the night we all turn into professional Eurovision punters? Thats the one. I actually pre-listened to all the songs, not because of gambling research or anything just because obviously I have no life, I managed to win 50 quid though! Bottled it a bit with a UK top5 lay, was medium red, but it clashed with Windies v Pak so just clicked level - at that stage I was -€60ish Windies and +1.5k Pak (only time I really supported the batting team) and a ball hit the stumps but the bails didnt come off (miracle!), if a wicket went at that stage my book wasnt even half of what it ended up so choose to manage that. I regret going even now but c'est la vie.

Having seen The Dante still of the opinion Recital will be my horse for The Derby, I struggle to see Seville turning around the form with Carlton House - Seville was seemingly going well the whole way around, had prime position, had the rail, and Carlton House came and went past him fairly handy, impressive. Will a faster pace change things? Maybe, its hard to see it though he won well. Pour Mois form was franked today in France too although I didnt see the race, it seems like it'll be between the three of them and they'll head the market, I'm happy enough to back Recital - I think far too much has been made out of his hanging and that should make him a bigger price than a leading trial winner from a top stable would normally be on the day, Carlton House deserves to be favourite but sure 7/4 three weeks away doesnt appeal as a starting point, but anyway its my birthday that day and I dont want to be walking around all depressed over a horse losing so I'll try not to get too involved..!

Soccer shows up on the P&L this week too with the league finishing, at the start of the season I had €333 on United at 3.35, then after a few hours thought "hold on, I dont bet on football why am I doing this" laid it back at 3.3, then they won. Although if I'd have left it, I'm full sure they'd have lost. They havent been fantastic this season and win really because Chelsea and Arsenal have been worse rather than United being outstandingly amazing. During the El Clasicos this season I had to sit through all the "anti-football" shite posted on Facebook status' while oppositely there was praise for Mourinho on Twitter - thinking about it, IMO the only way United can beat Barca CL final is anti-football.

El Clasico this season is the perfect example, Madrid try to play them like-for-like and get stuffed 5-0, then defend for 90mins and draw 1-1, defend for another 90mins and win in ET to lift the Spanish Cup. Then things were going grand in the CL Semi before the red card and sure that was that. Although you have to put up with all the "anti-football" nonsense at the time, you know the way Liverpool fans say "weve won it 5 times" and United fans say "weve won it 19 times" I've never heard any of them say "weve won it 5 times, but do you remember the time we played poorly and didnt deserve to win?" No, definitely not, no one says that.. the way the game is played will be forgotten in a week, the name on the trophy is always there. IMO United get hammered if they try to outplay Barca, while stopping them playing and trying to score on the break (a la Real Madrid) might not look good but its proven to be the best option, or the 'least worst' option when facing Barca anyway. Its probably not the United way of playing, but the last final Barca won 2-0 so that didnt work either.. 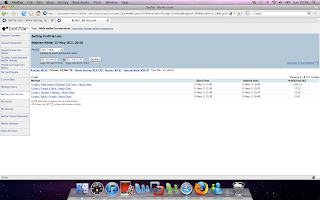