No surprises to see Mickael Barzalona get a bit of stick for his Derby celebrations, looking at them crossing the line I thought it was an amazing sight - something different and interesting - Usain Bolt like almost. Horse racing is a bit of an old mans game, anything thats different gets knocked, and you could argue its all about the horse and nothing else - but then I would argue why are bookmakers moving away from horse racing as their flagship number one earner? Why are attendances down without having concerts after racing? Why do you even need concerts after racing if its just about the horse? We need more Mickael Barzalonas and people like this, more amazing scenes please. Ask any normal person to name a jockey and Frankie Dettori will be odds on for your answer, not because hes the best jockey, but because he jumps off the horse and hes different, people remember different.

Anyway as for the race, no complaints with Recital. He had Pour Moi and Carlton House in or around him for a good bit of the race and both finished ahead so cant really complain. Obviously it was a massive blow not to have Fallon, that sort of thing would ONLY happen Fallon! Newspapers must love him. If you were to run the race again, I'd have him in the middle rather than towards the back, however the plan was to hold him up anyway thats just hindsight. The winner won well although I believe it was 3secs or something (only what someone has said to me, didnt check myself) slower than last years so it remains to be seen how good the form is. Delighted St Nic got up on Friday though, woooosh, hes still getting a bit of stick but I'm of the opinion that if he was trained by someone else he wouldnt get half the stick he does, I'm very happy anyway because people keep giving us odds against - although I suppose he has to bump into So You Think or Workforce soon. Really nice to see him put the head down and get the job done though, apparently hes a dog - hes a montjeu, hes relatively normal.

In hindsight, and even at the time, the Guineas over a mile on fast ground, first run of the season was never going to be his day. Obviously being favourite and losing seems to be where the "bad" reputation has come from, fair enough he was terrible at The Curragh first time this season but you can always forgive an APOB first time out. I think hes just going to be one of these horses now that no matter what he does he wont get much credit for it, he certainly deserves to be near top of the market in all the top 1M4F races this season anyway.

Anyway, my beloved Kildare won today, kicked 18 wides and still managed to win by 6 points - although I accept Meaths "goal" wasnt a square ball (but unless you use video technology these things will always happen) and the red card was harsh.. but we still controlled midfield and if the forwards didnt miss so much it would have been far more impressive. Dublin beat Laois too, so we meet them in the semis, Dubs are 1/2 to win Leinster so I'm assuming they'll be around that price to beat Kildare so, or under it even. Possibly a bit early in the season to be meeting, the more games Kildare play the better they get - I wouldnt be backing us - 18 wides with no wind or rain is an awful stat and it takes a lot to beat Dublin in Croker this early in the season. Wait until the semi final of the All Ireland, thats when we'll 'av 'em.

I have all my money on the draw going into day 4 of the 2nd Test tomorrow - theres a first time for everything..! My tactics at the start - if Sri Lanka batted back Eng and if Eng batted back the draw at around 3.3, then when Eng were 20/3 I was thinking what sort of a feckin' eejit am I, although as a long term play it would have worked out very well, it wasnt meant to work like that though, SL 200/0 wasnt factored into my thinking - I had dumped the position during the Eng innings anyway. By the time Lanka came out to bat Eng were 1.5 having recovered from 20/3 to get 480ish, 1.5 was a solid enough lay if you could trust SL after Cardiff, I waited a bit, they were near 40/0 and laid Eng at 1.58ish and just momentum traded the price all the way out, laying more so than backing. Tomorrow will be day 4 and were still in the 1st innings so unless one side collapse its hard to see a result, the pitch is pretty flat atm anyway, Eng need Anderson back badly, struggling to see how SL can blow Eng away with the ball in a hurry too - its just one of those things if it happens I'll hold my hands up and say well done, dont mind taking it on (cue Eng all out for 100 Tuesday).

Can we have a Test match every week please? 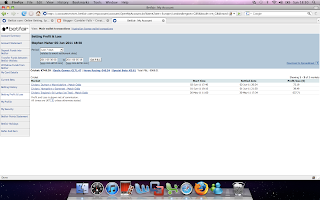