Was this really a free?

Fuck it anyway. I suppose theres no point me crowing and complaining about it because I'm obviously bias towards Kildare, everyone can see for themselves.

Lovely day in Croker yesterday, sun was shining, proper Championship football, two good sides, fair game.. and then the Ref has to go and do something like that. I felt awful sorry for the players because to be six points down at half time and comeback to level was an amazing performance, I know were a second half team but you have to think to yourself about winning 'are Kildare 7 points better than Dublin over 35 minutes of football' the answer is no more times than not, so to end up level with a minute to go - fantastic stuff. Unfortunately got a proper slap in the face from the Ref but my initial reaction was "what do you expect against Dublin?"

Draw or lose was irrelevant in gambling terms but gutted all the same - no one likes to lose like that. But anyway, another trip to Portlaoise on July 9th, its a nice little spot for an afternoon and weve been there already this year. As seen with Louth last year though when you get fecked over by refs its harder to bounce back and win in the Qualifiers than when you just lose from not being good enough, at least you can accept that.

I had plenty of bets over the weekend, London PPs +€420, Westmeath Betfair -€150, Mayo Betfair +€400 and Kildare Betfair -€270. I finish +€400 so that feels good, I'd swap that for a Kildare draw though. London winning was great because I had talked a few people into backing that. I had wanted to back Mayo with Ladbrokes.. 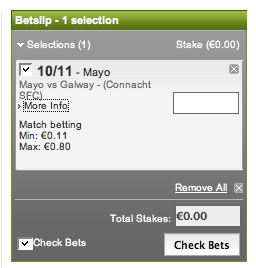 However 80c is far too rich for me. I'd be sweating like Wayne Rooney in a bingo hall with a liability like that.

I ended up with an alright win on the Test match in the end, but not the one I wanted. The weather forecast improved, so the draw moved from 1.6 to 2.2 overnight, which left me with this:

And I thought I was collecting that. But England were dismal, very disappointing, and I finished tail firmly between legs with this:

That feels like years ago, Sri Lanka walloped them at T20 on Saturday, the ODIs should be fairly good and even - hopefully good for the market bouncing around.

Haye v Klitschko is on Saturday night which I'm looking forward to. No strong opinion on the winner, I like Haye because hes good banter but if someone was giving me €500 to pick the winner I'd pick Klitschko. The fight to go the distance is around 5/2, maybe if Haye takes the same approach as he did against Valuev that could look OK, probably the best time for Haye to win is rounds 1-6 and then the opposite for Klitschko 7-12 will be his time. Both have suspect chins but I'm not sure that it'll turn into an all out brawl, I think it'll be a bit cagey.

The buildup will be fantastic anyway, "Why dont you like Klitschko?" "Because hes clearly a dickhead" HA, class, Klitschko looks really wound up towards the end too.

(EDIT 8-12PM).. Just clocked William Hill have gone 7/2 Haye v Klitschko to go the distance. Big price if you can get it IMO. Even if you dont fancy it can lay at sub 3/1 on Betfair. 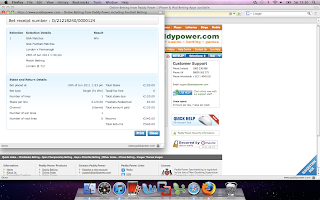 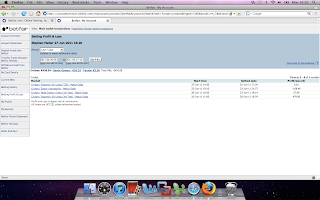