Quiet enough week on the P&L this week at +€7.82! Waiting for the 4th Test finish up tomorrow, but I did have a biggish position on Australia going back to Tuesday - they ended up losing, and I managed to get out of it at 25c.. which felt like a win.

Other than that I've been focused on the Test, and going into tomorrow have this:

Its been good, but not without bumps, I didnt agree with England declaring on 591, I know the rain forced their hand somewhat, but I reckon it'll come down to runs (if Sachin doesnt go early) and it would have been easier to tag on 50+ in 8 overs or so when youre on 591/6 rather than go out and chase on a 5th day pitch against fresh bowlers with a new ball. It might not come down to that - but if India get ahead every run they score will become double because you'll need overs for an England chase then. We'll see, we could be saying an extra 50 could have come in very handy, or it'll make no difference at all. The odds seem pretty fair atm anyway, I have a sneaky feeling we just might get a draw but wouldnt back it. As the ball got older in Indias 1st innings, things did seem to get a little easier (although its a far more easy track) - thats whats stopping me from having all my green on England anyway, you couldnt trust India the way theyve been batting.

I only seen bits of the Kerry game today but the scoreline was impressive enough, they can be put under pressure - I'm leaning more towards Dublin all the time for some reason. I clocked PP are going 5/6 Dublin HT/FT next weekend, the Dubs tend to start fast so that appeals, they dont seem the most likely team to come from behind either so if theyre down by loads at HT it'll be a struggle for them to be winning the game anyway at 2/5. I have them in shorter than 2/5 personally so its nearly a domino effect for most of the side markets, I think they'll cover the -3pt handicap too but prefer HT/FT, if theyre 2pts down at HT they probably wont be winning by 4+. My online account is restricted but it being a semi final can get €90.50 on, it beats the €1.50 they offered on Kildare every week! At least if they bottle it I'll be able to laugh at them and say "same old Dublin.." Its highly unlikely they'll get a better chance of getting into an All Ireland final in years IMO. 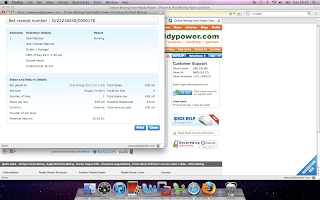 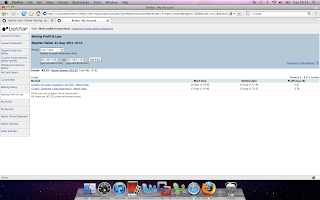