Apologies for the lack of update this week but I've been stuck down in the prime of life with a chest infection, its negative craic, but I did plan for the week off anyway so I suppose its no real harm in that sense, and the main aim is to be at Leopardstown on the 26th without dying, fingers crossed..!

Anyway, not much to say because not much has happened, the Aus v NZ market settled on Monday night but that work was done last week really - Aus hit 1.02 Monday night before losing, and NZ went from 1.01 back to 3+ apparently before winning, long live test cricket for trading. I was in bed when all this happened but I'm sure it was good for anyone that stayed up.

Bit ironic I say I'll skip the overnight tests for "better life" reasons and then go and get sick, but even so I didnt miss much with Saffers v SL either - Saffers were 1.4ish after the toss, 1.15 by the end of day 1 and 1.1 by the end of day 2, it was never going to be a big test from those positions/odds you know.

Really appreciate having the darts on each evening to pass a bit of time, the Anderson match was brilliant, Barney going out was good viewing too, and Whitlock doing the business with a broken ankle last night, I havent been trading obviously, I havent even looked at the markets to see if someone is still well ahead of the clock like the Premier League, which makes quick trading virtually impossible (for me anyway). It seems more of a position takers market - I think its easier to be a position taker over the sets layout more so than the Premier League so I'll have a look at it after Christmas and see.

Anyway wont be around again this Sunday because its Christmas, so have a Happy Christmas everyone and back a few winners on Boxing/Stephens day. 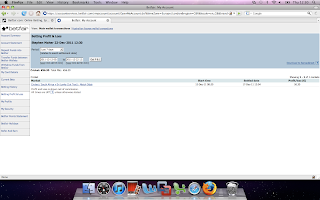 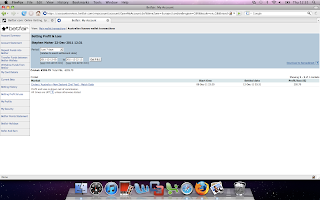