First week of January over and done, and no damage, success! The Saffer v Lanka test was a bit of a struggle really, but I missed day 2 and that turned out to be the most important day with the declaration, it hasnt been a good series, sometimes teams dont gel for trading for me, for whatever reason - I remember last year whatever I finished green on Aus v Eng I gave back a day later on Saffers v India. Happy enough to get €86 and not lose and get the series over and done with to be honest.

The darts has moved to the BDO now which is on BBC, anything on terrestrial TV is alright for speed, I reckon you'll still get sniped on the red button though - I think. Standard isnt as good as the PDC but its not terribly awful, its something that might keep things ticking over anyway because theres only two games of cricket next week.

For the most part as I said in the 2011 review, most of January and February I'll be trying to keep my head down, out of trouble and keeps things relatively simply - with lower stakes etc, hopefully it'll be an improvement on the last two years. It'd be nice to get off the a good start of the year on the blog, for once! 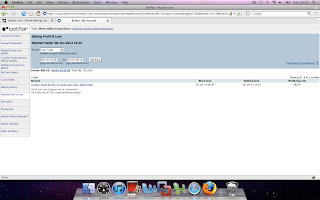 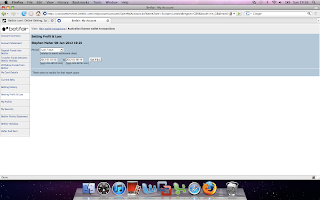