What a week for comebacks, Paul Scholes and Thierry Henry both scoring, but while everyone was fawning over Henry (although you couldnt have wrote a better script), they missed the most important thing to happen..

Anyway, quiet week on the trading front because we only had two international matches on during UK time, theres plenty on Aussie time but I dont regret ignoring most of it this year, India seem to be making a show of themselves in Aus anyway and the market was pretty much dead after day 1. So I'm stuck with Saffers v Sri Lanka, I dont really like SL for some reason, I remember last year I was €800 green on one of the England tests against them and still only manged €25 profit in the end, theyre very hard to form a solid opinion on.

Before that, or during that, I was happy enough with my position, it was lucky to have the €75 leverage after the 2nd wicket went in the end to finish with zero, but sure I cant help teams being absolutely crap on a particular day you know, shit happens.

The 2nd ODI was a bit more like an Indian conditions match with the market sticking between the 1.05 and 1.3 range, and topping up after a wicket worked OK if you could trust the batsman coming in. I'm looking forward to Pakistan v England in Dubai on Tuesday for some proper action, just a shame its a 5-30AM start, I dont necessarily mind getting up, its just the psychological aspect of it that bothers me. Its difficult to get up at 5-30AM and not have a position because you (or I do anyway) tend to think 'I didnt get up at this hour to do fuck all' instead of waiting and picking a moment like you would normally during the day. Just have to get over that 'I'm up, I have to do something, I got up for this reason' idea and try not to just click for the sake of it - or to stay awake! Fingers crossed the market will be lively, no 1.01 trains and the pitch isnt a highway and were getting up to look at 600 v 600. From memory England v Pakistan a summer ago was pretty decent, so hopefully it'll be good to watch.

A personal thing that might get in the way is my horse Kitty Dillon is entered (and got in) to Thurles on Thursday, I'll miss a day if I go, its so hard to decide because its over 2M and that doesnt suit, I wont be backing her until she gets at least 2M4F but it'd be terrible to miss it if she actually did pull it out and win. That Mullins horse that won the first at Navan today comes out so thats a help, she wont be held up as much as last time we learned that, I'd still be happier with a longer trip but sure we'll learn something about her I suppose. An England and Kitty Dillon double next week will do sure, I dont ask for much..! 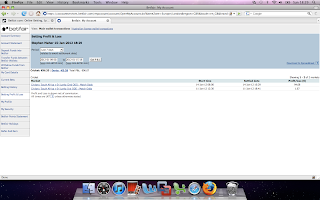 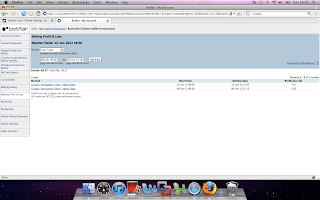