Well, I'd be lying if I said this week wasnt a disappointment, I managed to get to €500 green on the England test, and end up getting -€21 in the end. Obviously given Englands rise to the top over the past year, you dont expect them to get under 200 both knocks, it was the second time around that did the damage, but sure c'est la vie.

I thought it was shaping up to be a really nice test early on and the market was just ticking away to get against Pak when Eng lost a crucial wicket..

It was never going to be a really massive test after that, but I was still happy enough with this..

Before ruining it by laying Pak when England came in to bat second time around - I'm not particularly bothered by it too much because I had planned to do it for a while during the game, Pak be 100-150 ahead, England get 400-450 and Pak chasing 250-300 would never be easy, added you'd probably get extra downward pressure on the draw price.. so I dont mind it too much, I was just wrong and sure theres nothing you can do about it just take it on the chin, the only thing is its disappointing to get up at that hour every morning for no return you know.

There is an argument I over-staked on the lay, it was mainly after Strauss had went (because he hasnt been scoring massive runs while England have been doing well anyway) but a little before that too, however, I've always done that - if I was €1.6k green the next number put in would probably be €2k - because youve got so much leverage and being ahead of the market, at one stage I could have had my book at -€2 Pak & Draw and €2,000 on England, getting 1000/1 when England are 5ish/6ish, even if that goes wrong theres still plenty of options. Obviously its annoying when it goes wrong but when it goes right I end up with €2k and €3k equal green books, just accept being wrong this time and sure life goes on.

I've watched all the Saffer games, done one of them and it ended well to at least make it a winning week and keep moving forward, didnt do todays game because Super Sunday was excellent viewing!

Kitty Dillon scoped wrong on Wednesday so never ended up running in Thurles on Thursday, I had planned to go on the Tuesday anyway and decided to skip a day on the test, so when I found that out I decided ah sure I'll just get up and do the test now, that was the day I turned +€500 into -€21.. that could have worked out slightly better..! 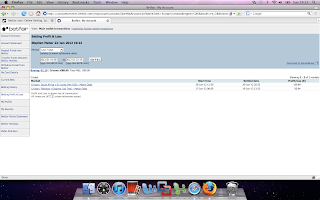 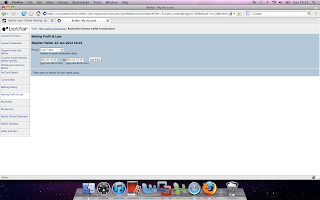