There are times in life where you are stuck by the awe of a situation, and you just have sit back and think to yourself "thats fucking amazing," Hurricane Fly today was superb, Djokovic v Nadal was epic sport, but this, this is fucking amazing - Peter Casey live on Irelands national TV station RTE giving his reaction after winning his first Grade 1:

What. A. Legend. "You cant say that on television!" Hahaha!

Anyway, its been a great week on the test and it was good that it finished a day early yesterday so I could go see Hurricane Fly today, that and watch Tiger make a bit of a balls of it this morning but sure he cant win everything. Bit of a weird feeling with England collapsing chasing 144, really wasnt expecting it, but I was against the draw mainly and level both teams so I wasnt supporting anyone really, just was expecting it to be closer thats all.

Life is always far handier when the draw goes odds on so early, 10 minutes into play on day 1 this time, I'm skeptical about laying it in subcontinent conditions but England were bowling first so went with it. Only small thing I missed out on (well maybe), a lot of people on my Twitter timeline were laying Eng at 1.2 when they came out to chase, that was a top shout and I thought about doing it because Strauss was in such bad form, as it turned out he was still there when three or four others had already gone!

I ventured over to tennis this week too, only small stakes, mainly listening to other people, but when it goes five sets the market always swings a fair bit anyway doesnt it, the final this morning (although I missed half of it) was amazing, cant describe it.

I wont be around next Sunday so I'm doing a two weeker the following week.. I'll miss the first three days of the 3rd test too so hopefully it goes five days, shame about it not going 1-1 for a decider really but sure it doesnt matter who wins youre only trading it.

I could open a can of worms on Liverpool v United but I wont (well, not open fully), booing Evra was pretty harsh I thought "Booooo, youre a victim of racial abuse, boooo" I remember thinking with ten minutes to go hopefully someone scores so we dont have to go through a replay, Suarez would have been available for a replay too so you can only imagine what we'd have to go through with the media and all that. Thankfully its over anyway, I was wondering afterwards where all the hatred in football comes from? EVERYONE hates EVERYONE, its a load of nonsense really when you think about it, especially when you look at photos like this from yesterday, I dunno what age he is but he looks old enough that he "should have" some sense. I also realise its only one out of 50 odd thousand and theres no way to stop it, but hating another player so much to do something like that without evening knowing him, I dont see the point, I dont see what it achieves, its only a game.. 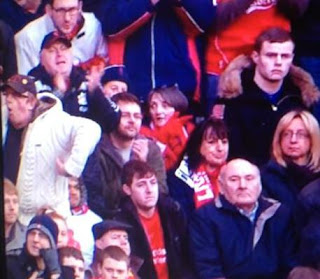 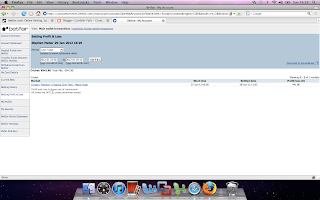 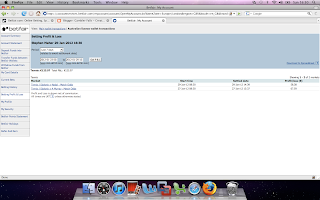