Well, I enjoyed the ten days or so off from Betfair, only thing is I am now dying sick..! Hopefully I'll feel better for the ODIs next week and get back into a routine again, reckon it was just something I ate so I'll keep this short - although I only had two markets for the full two weeks anyway.

Big kick in the balls to see the BPL (Bangladesh premier league) is 15 minutes behind live on English TV (Sky CH834), there are links around but trading off links is very hit and miss for me - I did try it on Friday and ended up -€40 so I think I may just pretend its not happening at all if the TV pics arent fixed. Its a shame but what can you do.

And I have a P&L from the Pak v Eng third test, although I was down the country for three out of the four days, its mostly from just messing around really, I got to watch it for the odd hour here and there. Obviously Eng were poor enough to lose from having Pak all out for 99 first go, but I think the ODIs might bring them closer together, its hard to know until first look tomorrow I wont be trusting Eng too quickly, but I dont think it'll be a complete stroll for Pak like some are suggesting.. cue 4-0 and four 1.01 trains..!

Looking forward to watching Tiger tonight, hopefully he does the business although no financial interest, I cant move from the couch anyway so what better to do than watch Tiger..

Hopefully things are back to normal next week, whether I be right or wrong on them, at least I'll have a few markets to think about. 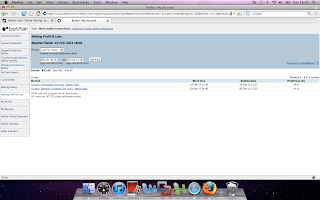 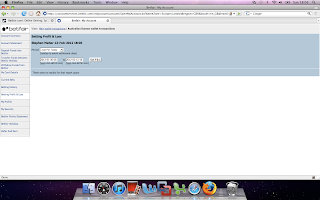