Anyway, worse drama took place on Thursday in Dubai, it was mental I'm sure anyone that watched will know how quick the market was moving, I forgot to take a screen shot (FFS), but anyway Eng failed to get 35/30 which was fairly sickening, I had +€750 on them at one stage after going out to 3+ when the RRR was still under 8, they were panicking for no reason. But eventually they went down to 1.25 before making an absolute bollocks of it.. I got €200 out of it (laid that at in between 1.3 and 1.4 as insurance more than anything) and €200 would be a great result on a T20 any day except for having near €700 on Eng and watch them muck it up, but c'est la vie.

I missed the second one yesterday because we went to The Music Show at the RDS, Bell x1, Royseven, Aslan were all there that type of thing - first time seeing Aslan live, the lead singer is nuts with all the hand movements and everything, didnt have a clue what was going on.. but it was good all the same, something different sure. 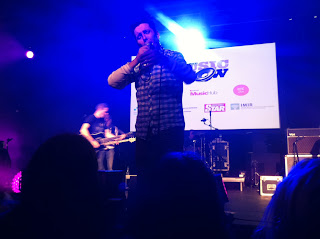 Theres just the T20 left on Monday and then the tour is over.. and more worryingly for me I cant really find anything I want to trade for two weeks after. I've never been in such a situation being at home, wanting to work, and theres nothing on for such a length of time. Not sure how to cope with it to be honest. I've bought the Millennium Trilogy books (three quid each on Amazon, VALUE) really enjoyed the film version of The Girl With The Dragon Tattoo so hopefully the books are as good, I bought a golf net for the back garden (€50 on Amazon too, driving range in the back garden, VALUE) so I have to build that and knowing me it will turn out arseways but anyway. I dont plan on being on Betfair at all but will obviously check livesportontv.com every day in the hope of something. Its probably going to be the longest two weeks of my life!

There is cricket on from New Zealand and Australia but I'm really against switching to being nocturnal - especially when were so close to the 'normal' hours season, the games from Aus starting at 3AM might be an option if the market is still live getting towards 7/8AM, so hopefully that might be something. Its just about keeping discipline for two weeks and then we can feast on Cheltenham, then onto the IPL, and sure then it never ends the amount of opportunities.

In the meantime, looking forward to watching the golf tonight, hopefully Rory does the business. 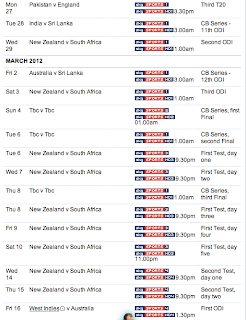 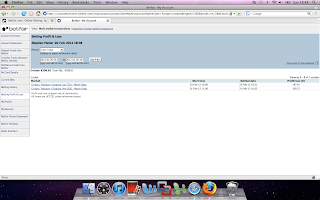 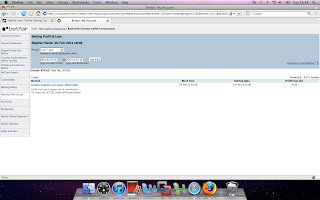