The Drought Is Over

I was filling in my calendar on Friday and finally there seems to be plenty happening, although there was one slight head in hands moment, one of the Tests between Sri Lanka and Eng overlaps with one of the Tests between Windies and Aus while, wait for it, the IPL is on too. FFS I've had two weeks of doing nothing and then theres more on than I can handle..! But its nice to be busy rather than doing nothing, and the discipline held up well over the two weeks and that seemed to be the main thing heading into it, but it wasnt really a big worry because with the calendar if theres nothing on it on a certain day I wont be on Betfair anyway, I never had a discipline problem to begin with but it keeps me away from even thinking it.

I did do a small bit on Sri Lanka v Aus on the three finals, the 3rd final kind of slipped away a little, I had every chance of going equal at the flip flop but decided to let it run, I thought SL should have been shorter at the time but it was close enough, Aus ended up winning and I thought I was probably being a tad greedy really, I had laid 1.3s and then to get it down to just under 1.6 the other side - should have got at least a little something, but c'est la vie.

I've had a busy weekend with Kitty Dillon running too, I was fairly gutted when she got in to Naas on Sunday over three miles not to take that option up and instead head to Gowran over two, because the idea was she'd be far more suited going right handed first time over hurdles after doing it slightly while schooling. Interestingly enough when I was reading AP McCoys book he was of the opinion that when a horse does that they are protecting themselves in some way shape or form with their muscles or something. But anyway, just my opinion but I'd have rather jumped right at a left handed track over the right trip than jump 'correctly' over a trip where she had zero chance of winning, but at least the RP seemed to pick up she could be half decent (which I think too) when she does finally settle and get a trip, I actually thought she settled quite well yesterday and I love the way shes made up lots of ground down the back straight in both her runs, before obviously not having near the turn of foot needed for two miles. Fingers crossed for the future anyway. 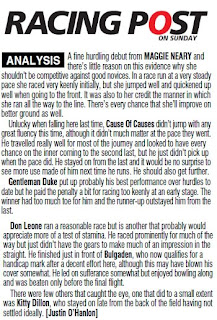 More good news is that its not a million miles away from the English summer and handy trading hours (bar SL v Eng at 5AM-ish), the clocks change soon enough too, and its then time for flip flops and shorts..

(Also just for transparency the screen shots from Betfair are for the last two weeks not the usual because I skipped last week, but sure nothing happened anyway!) 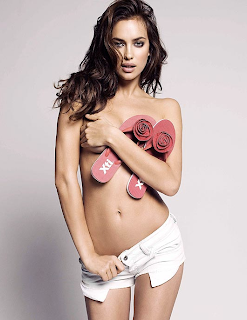 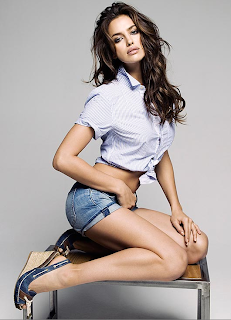 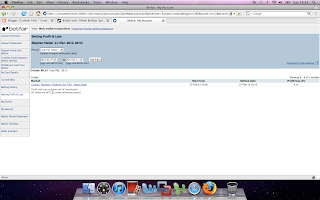 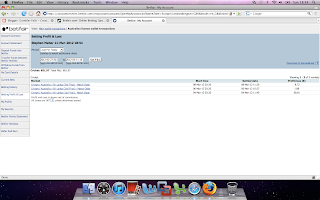