Fantastic day ending with just over €815 profit, it was only a half day betting too as I had an exam at one until three. My cricket bet would have been very profitable again today if I'd done it every innings, but I only got to do it once, and I'm not very keen on doing it when a team is chasing but every game is different. The darts market was a bit disappointing tonight with just over €50,000 matched in the Barney v Lewis match, I had laid Barney at 1.4 for €500 and was waiting a good while to green out at evens or bigger, when normally it would have been taken, I've never seen it that bad before and wouldnt be too keen playing big stakes in it from now on until it looks better. William Hill were going 4/6 no 180 in the first leg between Part and Jenks tonight, that was good value as it takes Jenks a while to get going and Part had changed his darts for tonight, didnt have a bet on the other two matches.

Fancied the bumper favourite in Punchestown and that was my only horse bet today, bet365 were a bit slow to change the price, it was 10/11 and trading lower on Betfair, I really like doing those bets when the bookies are higher than Betfair. Last night was a good example, United 4/5 with the bookies and 1.79 on Betfair, no need to be taking the price on Betfair and paying commission too. People will say they take it for trading, but surely you can have enough money in your account to manage positions. If I bet with the bookies on football I tend to leave it in running though no matter what happens. Nothing worse than changing your position in a match when things go wrong, then the game turns around and what would have been a winning bet is now a losing one, its the one thing that messes with your head more than anything else. 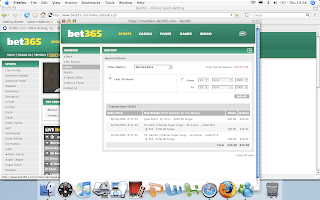 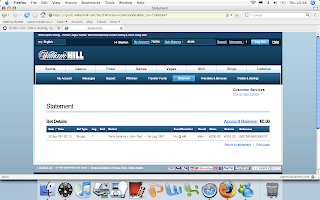