With the weather amazing, its near impossible to sit looking at a computer screen all day, most of the day was spent on the golf course (won 4 & 3, whos the daddy!). Its meant to be this good for the next six weeks too but I cant go swanning around sunbathing and golfing each day, unreal sun burn too. Anyway, played the last three races when I got home and ended up with a nice enough profit.

Bit disappointed Betfair didnt have the GAA match in running tonight, noticed it around an hour before throw in and emailed them, they replied with two minutes left in the game saying to ring them when events like this happen, sound lads. But no worries over at Betdaq and a fantastic result for the first game I've traded on this season. Wont use Betdaq too often so will put up a screen shot every day instead of the P&L, they do everything different anyway. Might be an idea to do all my GAA matches over there, but theres two games on tomorrow and I'll see what the story is on Betfair for them. This evening was good on Betdaq anyway no issue getting matched, was quite impressed actually. 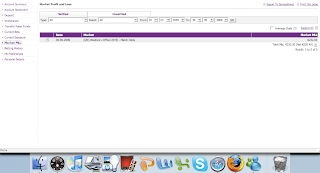