Back From Royal Ascot

And it was a fantastic week! Although a few too many seconds, it was an alright week punting wise, had four big bets, two won, two lost. Came out around level over the week, but of course with flights, hotels, tickets etc it cost money going over, I do love winning the price of things over the week but it wasnt to be, well worth it though!

As regards the challenge, it was a alright week! Didnt get to bet much at all and pretty much every bet was before the off, I'm much happier betting in running on sporting events so it was nice to show a profit on the few things I did bet on. The cricket was The West Indies beating England, the GAA was Kilkenny beating Galway and the boxing was a bet and then changed my mind and traded out minutes after doing it. The horses produced the only loss over the week, but basically I was level again mirroring the on course bets at lower stakes but just commission kicking in. Yeats and Mastercraftsman were the highlights of the week without question! With the low points being Johnny going too fast on freemantle, and lillie Langtry finding one too good for her.

Have to say ascot is an impressive place, the grandstand is fantastic, unreal the difference between it and some of our courses back home! Would have been nice if they went ahead with the plans for The Curragh but anyway, Irish Derby weekend starts Friday and the grandstand doesnt stop you winning money.

Also have bets on the US Open on Betfair, its not looking good to be honest having laid a few at the head of the market thinking they'd come back. Mickelson could do me a massive favour by winning! I dont hold much hope though, I'm against Barnes, Glover, Fisher, Weir, Duval and Goosen. Logic would tell you all those named would more than likely bottle it on the back nine on the final round, only thing is it looks like they have it between them, but anyway I've laid them all grouped at around evens. The worst thing is I have ZERO faith in any of the players I've laid winning (obviously!) but I've just no one making a move for me to pressure them. Only Mickelson, come on Phil! 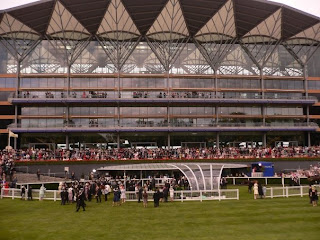 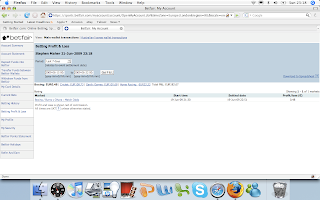