Nice card today with a good few tight races, one of those days were you pick two in every race and the one you dont back wins. I feel really sorry for the clerk of the course over the ground, I hope a big fuss isnt kicked up over John Oxx not running Sea The Stars, its been like Barbados here this week, two of the hottest days of the year recorded and its absolutely gorgeous weather now again today. He was just unlucky we had a massive freak downpour half an hour before the first with drizzle then throughout the card, of course the ground will be softish, I hope they dont go on too much about the watering. What could the bloke do if he didnt water and we had sunshine like we do now, the ground would be unfit for racing Sunday, I suppose the idea was water it during the week and it'd be sunny, the ground would be Good to Firm, Good in places on the round course come Sunday. Unfortunately this is Ireland, we get a freak shower and its all pointing fingers at each other saying this and that.

Right well that said, it does change everything because suddenly youre looking for soft ground horses! It'll really suit Mad Rush and Alandi in the 4-15, Oxxes horses ran terrible last night, strongly fancied ones too, I'd probably edge for the English trained horse over Oxxes, if Johnny makes the running on Yankee Doodle and goes off in front he might stay there, 1M6F looks short enough for him and he'll want to make it a real test of stamina. Depending on what price Mad Rush and Yankee Doodle are on course, I'd probably chance Yankee Doodle at 11/2, fair enough price, anything could win.

The English look to have the big race at 3-40 between them, never liked Katiyra for some reason, would definitely not be laying her at 3/1 but after the way Oxxes ran last night thats my reason for steering clear of his horses today, he could have a double all being well though. Look Here ran a cracker the last day in Epsom, dont know much about her but she does look to have better form than Dar Re Mi, cant have Lush Lashes but its one of those races anything could win again. I'll probably have a small bet on Look Here if I get 2/1 in the ring.

First thought looking through the card was "Totally Devoted at 5-15 is a certainty!" Then I looked at the distance and seen 1M, isnt ideal, but what beats her. Johnny had an absolute mare on the second favourite the last day but that was a weak enough race, the horse didnt help too much either. As for Totally Devoted, honestly if she had run in Naas and came straight here she'd be something mad like 2/5, theres not much to beat her at all. The ground wont stop her, maybe its not perfect but she coped OK with it at Naas, she ran a better race than it looks at Leopardstown (I thought it was eye-catching actually), wasnt good enough for the Irish 1000G and ran OK again at Royal Ascot in a Group 2. She'd be my pick today if it wasnt for the trip, tad short, but bounce out in front on this ground and she'll more than likely win, I'll back her on course. Finishing down the field in Group 1s and 2s running OK and then run in a maiden doesnt always work but if she cant win this race, she'll never win a race.

Ballydoyle again have the favourite in the 2-40 at the moment, would guess it wont go off favourite though, my pick Mister Tee will I reckon. More than happy to take on the Ballydoyle two year olds on their first run and I really like the look of Mister Tee here, hes had three good runs, only sightly bad one was here on heavy ground but that was an odd race, I'd put a line through that the way it was run on the ground, it was the first race that day and I'm fairly sure the jockeys messed up the pace as it was near bottomless. He ran well in Leopardstown first time out in a hot maiden staying on and ran over 5F in Dundalk, that was a messy race but he flew home to grab second. I reckon 6F is his best trip on this sort of ground, its going to dry up a little by the time of the race should the weather stay like this and I'd say that'll be perfect for him. Its soft enough to make experience count but at the same time not soft enough to stop a horse acting on it. He has everything going for him today and 5/2 is a good price. 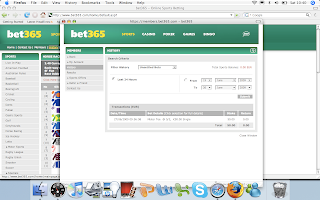