The Dream Is Over

Gutted its over before lunch, but Freddie Flintoff was immense. Dont know what to say really, I'm thankful Michael Clarke gave me the chance to get out for no loss, and even though I had the chance to go all green for €500 before a ball was bowled this morning I still stand by letting all the green run on Australia. The early wicket pretty much killed the chase today, but at 120-5 I had written off the €300 so I cant really be too gutted. Happy I'm improving with my test cricket trading and its no harm to keep putting myself in these positions. Obviously gutted they didnt do it, because I really believed they would going out last night and cant help thinking what could of been, but I like the England team and if there was no money on it I'd want them to win. But I always follow the cash!

Bit lost what to do today now the crickets over, its like getting out of prison or something. Its been a good five days though and I'm a euro better off than I was before Thursday! Thats €4 down over the two tests, for 10 days hard work and worry, I wouldnt have it any other way though.

Anyway, Bet365 were miles off with their price on Definitive Edge this morning, going 11/8. Hes a fair bit of a dodgy horse though so happy to go green on betfair and get around €30 either way, money for nothing sure. He should win though all things considered, its a weak bumper. Its not something I'd normally do to "arb" if you like, but just dont want a losing day after the test result really, just want to relax. I'll update the P&L later. 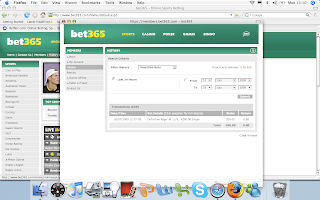