Wow. This early? They havent batted Australia out of the game, so it cant really be a draw unless it rains, Aussies bat out the two days and then they'd be close to winning. Anyway rightly or wrongly, I've just had €200 on them at 11.5 on Betfair after that wicket, its one of those things everyone will think differently about. They only need one good partnership to get close to this and the market will panic, just done the bet so still not sure what price to jump ship at, having said that they could lose another two early wickets and that will be that. At 11.5 it was worth €200 for me regardless, England have opened the door, now its just up to the Aussies to walk through.

Got caught out on the session runs yesterday, KP and Ravi going absolutely nowhere, I had over 100 runs and it was looking good before they arrived! Got out of it for a €100 loss, which was OK because I had €300 on it, bit seething watching them let everything go by! The GAA went really went, Gooch has scored 13 points over the whole championship so far and Ladbrokes were going evens under 4.5! My eyes lit up. Hes the free taker so a few sightly nervous moments as Silgo gave away a few frees in the second half but hes so out of form he missed them, sitters. Feel a bit sorry for him because he was the best player in Ireland two years ago. This is the worse Kerry team I've seen in my lifetime too, its weird watching them struggle.

Just watched the Khan fight this morning, was very impressed, he was very good. Used Betdaq to back him, not sure whether to take out the money and put it back into betfair, but when the football season starts back I want to have all my football bets on Betdaq, start with €50 and keep it rolling type of thing. Just to stop me having €2,000 on United at 1.19 or something like that, will put up all the bets on the side and see how I get on. Its more of a discipline thing to stop me betting too big. Also delighted I havent had a bet on the golf this week! 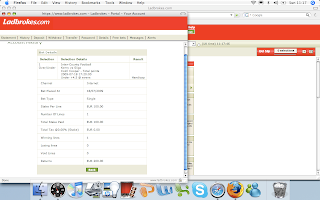 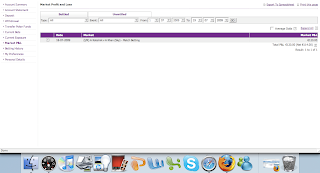