Good day first day back. 20/20 finals day went well both games, after watching the first innings in the final decided not to have a bet because Trescothick was basically the game but had no idea what he'd do, he ended up getting 30 odd and out, it was game over after that and as I type Sussex are 1.02, no value there.

The two games I did bet on were fairly handy, low totals posted in the first innings and just backed the team chasing at half time, not having a bet while the first innings is going on comes into its own here. The football went really well too, will back United tomorrow as the 4th bet.

Apart from that, not much else happening today. Really hard not to back Tiger but sticking to the not betting on golf rule, even though he looks an absolute certainty. Going to The Curragh tomorrow so wont be around! 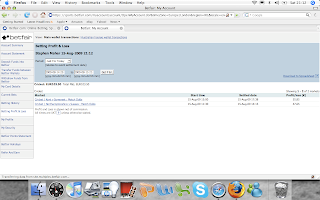 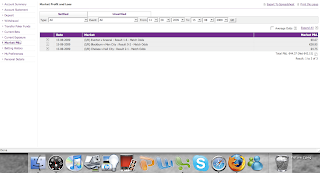