Well yesterday turned out to be a non runner, Norths were 25-5 and Lancs were 1.06 during the first innings! I dont think I've ever seen such a short price, but there was nothing I could do, sticking to my rule of not betting while the first innings is on and well, basically the game was over anyway so I went out instead.

Its been on my mind lately that I've been avoiding Betfair, I'm picking everything and anything over sticking to a full days trading. I cant really put my finger on it, but its just a feeling of not looking forward to the days racing, I wake up and see theres Newton Abbot, Chepstow, Catterick and a poor Irish meeting on, it doesnt really get the juices flowing does it, theres no buzz to go through the form. And in running is so poor I struggle to win €20 each day, at the start of the challenge horse racing was in my P&L nearly every single day while I was in college, now I'm off and have all day yet it doesnt appear too often. I cant get matched in the place market anymore and I know if I make one mistake, lose €40, I cant make it back in a day. Whereas before I could be down €100 and confident of getting it back should I do the right things.

Obviously the markets have changed over time and you have to adjust to them, but avoiding Betfair whenever possible is hardly a good sign. I went to a charity dinner last night out in Kildare and they had a 10 day holiday for two up for bidding, I put in two cheeky bids more than anything, and ended up winning! So were off tomorrow for the next while and I think I'll take a complete break from gambling and come back hopefully refreshed and more interested in the day in day out Betfair routine.

I've taken out most of the funds and have just left €250 in the account, I've no idea what the story is with interent and pictures over there but at least with that much in the account it'll stop me having €300 on something I half fancy on Betfair mobile. I'm not planning on having a bet but given the chance I'm jump at being able to play the weekends GAA obviously. I'm sure I can post up a screen shot if I do manage to have a bet.

Hopefully the break away will get back a bit of hunger into doing well, last week in Goodwood my discipline went to pot. Came back and €300 on England wasnt the smartest bet, it may have been a good bet but €300 was too high in the circumstances. Just want to put things in a bit of perspective and appreciate how good my life is to be able to rely on Betfair and be my own boss, but just doing the same thing day in day out has me not enjoying it anymore. But a holiday will change that feeling I reckon, and a bit of thinking time to reflect on how lucky I am.

Apart from that, want to control my staking a bit more and maybe a break will help that too. Waking up to poor racing each day, I've just lost a bit of will-power to fully focus on my discipline, a €100 bet has become €200, a €200 has become €300 for no reason whatsoever. Maybe just need a bit of time not to think about gambling, but I love it, I just want to be more interested in whats on offer each day. Its hard to get a buzz from getting ready for sellers on the all weather etc, I'm better off having a staring contest with the cat some days.

I'll be home in time for the football season to start, and go back to college some time in September (not sure what date), and the Champion Stakes is on at the start of September too, thats the most important day of the year to some people, this year will be even more important if Sea The Stars takes on Fame And Glory. So this week is nearly the only time I can take a holiday, I've been gambling straight through the year and think I'm nearing a bit of a burnout, either that or its a midlife crisis! 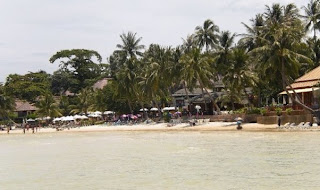