Pretty much a nothing day today, won €60 on innings runs and lost it on the match market. The most annoying thing was a wicket fell the very next ball I backed the team batting, the minute it came up as matched I looked up from the screen and bam kaput, no way back, price never even got close to where I laid it. It happens.

Yesterday I wasnt good enough on the horses. Happy to win as always but a tad disappointed it wasnt more to be honest. I was given every chance, the 3 meetings were on RUK and we had a live feed on the Irish channel from Listowel, so in terms of what I was given I did poorly, that Friday afternoon feeling basically the whole day, never got out of 1st gear. If all the meetings were on ATR I'd be delighted with €18, and it could of been worse I could have lost, but I was given absolutely every chance of winning more than I did and I didnt use it well, its not often you get a whole day of fast pictures.

Arsenal won to get the football bank up to €155.08, so delighted with that up to bet number 10 next, it'll go kaput at some stage but its nice to get a good run going. Waiting to see the Barca team sheet, might back them tonight, that donkey Ibrahimovic will probably have me seething if I do though, I've been trying to avoid Barca so far this year, he was the worse transfer of all time, €40M plus Eto'o, terrible. They should win at home though, will more than likely back them if Messi starts.

And have €300 on Mayweather tonight, that'll be the only bet on Betfair for the rest of the day. Looking forward to tomorrow already, the Aussies should go 7-0 and that will be the first time its ever been done. And we have the All Ireland final in Croker, I'm going for Cork but no money on it until it goes in running, cant really write off Kerry but I'd question their form, you know they only beat Dublin while looking good, and the only reason Coca Cola set up in Dublin is because they watched the GAA Championships and saw how good Dublin people were at bottling things, d'ya like it, yeah ya do!

Cork are a good side, their young though so probably have a few nerves and Kerry will start fast I reckon, but if the Cork turn up that have been playing the way they have all year then I'd say they'll win handy. But as the odds basically suggest, too close to call until we see the first few minutes. 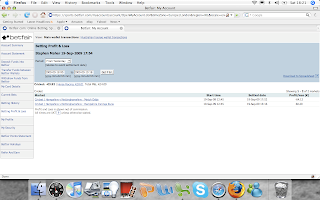 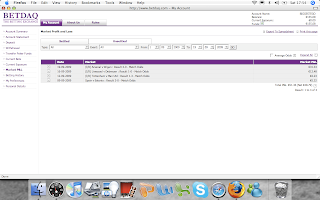