If I thought I was a "tad unlucky" yesterday, I was cursed today, New Zealand needed another 22 for my 225 line from 4 and a half overs or so with 5 wickets left, and in a powerplay. Cue a total and utter collapse getting 11/5 and not even finishing the overs. I wasnt even angry, I actually couldnt believe what I was watching, having a John McDermott moment of "whats wrong with me, what do I have to do win" wasnt near to having a cry like him though, but ah, I understand these things always happen, but why is it they always seem to happen in a row? Why it all comes in row and "the world is against me" moments creep in, no idea. Cant explain.

Anyway no worries, off into town to celebrate Arthurs Day, even though I dont drink Guinness, I do drink free drink, which is especially appreciated after the last two days I've had. Flying to London tomorrow, probably comes at a great time I suppose, just get away from the computer screen if I am getting a touch of "bad luck." Proper worried now I'm going to put the Indian sign on Rip Van Winkle but the flights booked so cant say no now. You'll Be Mines form didnt really stand up in Fairyhouse during the week but she was a good winner that day so she should still go into her race favourite. St Nicholas Abbey on Sunday is a "certainty," dont care what turns up against him, on what he does at home, hes unbeatable, for me. My favourite two year old, will be devastated if hes beaten.

Just been looking at the football bank and the rounds have gone so far like this:

All before coming unstuck, I've won plenty yet down €75. The awe-in each time doesnt really work, because at the end day I WILL lose at some point. So starting Round 4 with €25, and going to manage it now this time, as in not go all in each time, maybe €50 odd each game, if I can even get it over €50. At least that way one match doesnt break you. You start off with "only" €25 and its a bit of fun sure, but when you actually creep up over €200 and so on, its annoying to lose at the time. Then you think, well I only started with €25, but once youve won money it becomes yours, therefore it doesnt matter what you started with, its what you have after that matters. Anyway, a thumbs down to awe-in tactic, unless when betting at Old Trafford.. 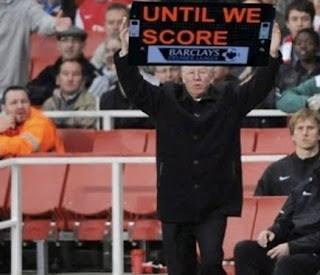