And Then It Rained

This match feels like hours ago but it only just happened. The runs to balls gap was around 30 - 40 at the time, Van Der Merwe and Morkel came together in a powerplay with 13 overs to go and that was my book! Now, I dont think the Saffers would have won, maybe, I dont know, but I'm fairly sure I would have seen 1.15 - 1.25 again (it was 1.05ish) with those two there. Then it lashed rain and I had to lay 290 to get a few quid out of it for all my green. Happy to win but would have loved the game to finish without D/L, who knows what might of been with those two knocking it around. Won a few quid on the innings runs to go along with the match market. Aside from today, I've never looked forward to a cricket match as such as I'm looking forward to Sri Lanka playing England on Friday, Sri Lanka bat first, they'll set a world record score against Englands bowling attack if Dilshan gets going.

Backed Barca with the football bank too, delighted to win as much as I did when I had college today and all, it can be done! Bought the new Jay-Z album, The Blueprint 3, on the way home, its unreal. Best album I've bought in ages actually, only listened to each song once but Empire State Of Mind (feat. Alicia Keys) is already by far my favourite, worth a listen on youtube. 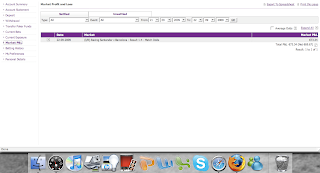