Arrived home safely from Paris, the alarm went so early this morning I had a little cry to myself, it was awful. College today too, disaster. But all in all it was a great weekend, you know, what can I say about Sea The Stars, amazing racehorse. Looking at it from my betting point of view, Johnny had an absolute shocker on Fame, I must stress he wouldnt have touched the winner now cant say that enough, my bet was to place so never mind the win, but he was all over the place like. Never got going and never even had the room to give him a crack, we all know he was hardly ever going to out sprint the others you know, they ignored the pacemakers too which wasnt great but thats the lads riding them at fault.

Its difficult to explain the feeling afterwards because I know deep down Fame is better than that, just you know I dont know what to say, its like backing a football team because you think they'll line up 4-4-2 but they come out and line up 4-5-1, not happy with the ride. The most annoying thing is sure everyone knows what the horse is like, what he needs, Johnny didnt deliver in my view. Sea The Stars however is fantastic there was no touching him. John Oxx is a legend too, what a gent, what a bloke, I suppose no one needs me to tell them what a man he is, but if everyone was more like him, sure the place would be an awful lot better. It couldnt have happened to a better man. Massive congratulations to him and Mickey Joe, who I grabbed a word with last night, and he said he thinks it'll be the horses last run.

The cricket today wasnt ideal. Erm, probably the worst trading as there can be actually. You back a team, then switch, then switch back, so youve left with €300 red one team and probably zero the others, while you started off with €200 at evens. But all switching fecks it up. Sure look, as I said the last time, it wont happen again.

Like you know, its probably something you cant avoid at the time. Its just I'm left thinking, well why have I gone from €200/€200 to €5/€300. I've gotten rid of all my green and made my liability bigger. This didnt happen on this game, just an example. My view hasnt changed on the match overall, but it did for a while obviously. I reckon you need a solid plan before going into the market. If I'm not 100% sure of a bet, I'm more likely to panic if it gets nervy. Its hard to put words on it, but if you dont have an idea of what youre going to do should certain things happen, end up switching a few times and its a disaster. Theres nothing worse than switching in gambling. Theres nothing worse than switching on Betfair. Unless youre right of course, but it kills youre book more times than not. Sometimes its better to just stick with the first bet straight through, I also reckon its pretty important to have a clear picture in youre head which bets are straight up until the death bets and which ones are for trading. I suppose when things go tits up, its more important to go equal red as it is to go equal green when things are going well. You get nothing from sitting here praying it gets better anyway, God doesnt like gambling folk. Having a bit of bottle helps sometimes too, but theres a time and a place for bottle though. Theres basically no real rule is there, its all at the time. Today, I backed Australia at 1.19, laid at 1.4, and Australia are going to win. I didnt feel comfortable with the 1.19 bet though so all red and we move on.

My fiancée was running in Tipperary on Sunday, Go Native, he is the daddy! What a horse. Noel Meade has actually agreed to let me marry the horse when he retires, I actually must get it put in writing one day I presume Noel thought I was messing, I was serious. I'll never love a woman as much as I love that horse. I didnt plan on backing him Sunday, but Bluesq made a total cock up with their odds after the non runners, I was being really naughty doing the bets and theyve limited my account after. They took them though, in all honesty I thought they'd void the second bet, the first one was pretty OK but still cheeky and that got rule4'd, the second was pure, well er, me cheating. I had €200 at 5/4 after the 2nd favourite (only danger to him) was taken out, he should have been around 4/6 at the time. Then another horse came out leaving only four runners, but they put back up the same odds before the non runners! He should have been around 1/3, they went 2/5 after they noticed. I wouldnt have complained with a void, they were going 5/4, 8/1, 16/1 and 20/1 on a four runner race, HA! They paid me anyway, delighted. A bit of cute-hoor-ness gets you a long way in life.

Its been a really good week overall and finished well up this week, the -€66.22 isnt in the screen shot because it hasnt finished yet, just wanted an early finish tonight after my weekend. But what I wanted to say the other day and forgot, was you know there wasnt an awful lot on this week and I still won plenty. Monday and Tuesday I didnt have a bet, Wednesday I won €25 and Thursday I spent all day to win €25, then bam Friday won a monkey (€500). My point is, I had zilch to work with Monday to Thursday but I didnt lose, I didnt go chasing anything that wasnt there, I didnt go betting on sports I'm not so good at, I didnt guess and I didnt bet for fun. I let them all sail past without anything happening, it might seem like fook all but when I got to Friday, I had nothing on my mind, I was confident, I wasnt thinking about stuff I'd done wrong the days before. Too many times stupid little bets get in the way of the good bets because they knock me back, if I'd have lost €100ish one of the other days on a bet I wasnt really keen on I'd be going mental, I'd be so annoyed, and that would get in the way when it comes to the time my good stuff is on.

I know I lost €250 on Fame And Glory but sure thats the horses, doesnt bother me because I know thats one of my sports, I know I'll get it back in time, same with cricket. Obviously gonna lose, you cant win all the time, but once its on my stuff and I'm happy with it, sure nothing can go wrong. If I'd have gone and had a bet on the Football because there was no horses or cricket and lost, I'd be seething. It'd hurt me like, I'd think about it for hours, or even days. Some days not having a bet is the best bet you can have. Its simple, but it works. You know the days you arent fully sure, even small bets, those tenners can add up pretty quickly, and then at the end of the month €100 isnt there where it should be. However, I like to bet everyday you know because I'm addicted and all that, otherwise I get the shakes, I start twitching while I'm talking to someone and roar out randomly ahhh 1.01, only joking. 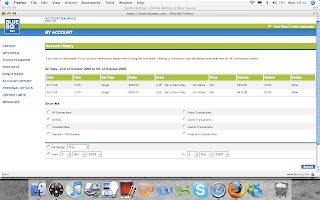 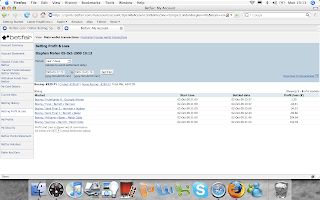