Well, Amber Grey was fairly pap today. Was delighted to be getting 3/1 this morning and then it goes off at 6.2ish on Betfair, felt less than shrewd. Got a proper good slagging too because it was a Ballydoyle horse, "did ya get the names mixed up Stephen," er, no, must of been the fooking colours that did it! It was a bit funny seeing Johnny go off at odds on, I couldnt believe it, I was full sure he was on the wrong one, shows how much I know. Ah sure, I had a laugh about it, but that said its not really funny losing money. I said before I dont really like people following me, it tends to happen though, mates whatever, so apologises to anyone that followed me in today.

Anyway, on to better news, and this weekend knocked out countless people in my Last Man Standing competitions. 950ish in the main one I'm in (€18,000) and theres only 142 left in the other one I'm in (€1,000). The €1,000 one is through Facebook for Paddy Powers page and was free to enter, with no disrespect to Facebookers I'd like to think I'd have a fair bit more of a chance of winning that one than the other paying one through the website.

I've planned ahead to the last weekend in November anyway looking at the fixtures. Er, I'm not quite sure if the Facebookers would be planning ahead, I'm pretty sure the main competition ones are. So hopefully getting to the end of November will see me bag the €1,000. I'd be over the moon you know, I'd put it up there near some of the top stuff I've done gambling. I do understand its football and its nigh on impossible to plan because theres so many random results, you can only dream sure. This week I might pick United after hearing half the Blackburn team have Swine Flu!

Also, havent had a bet on Betfair today just the Bet365 bet to take away from the total. Back in college tomorrow so it'll be a slow week again really, just hopefully pick out a few good markets to bet on. Although with the cricket on at dodgy hours in India its looking unlikely that'll be a source of income this week.

I've gotten a few emails about my staking lately, got a good one today really, asking why dont I use more of the €18,000 and have bigger bets on certain things that I view as certainties (St Nicholas Abbey for example). Well, I'm not a great fan of big bets, I would have no issue having thousands on something on course (if allowed obviously) but this challenge is altogether different really. I like betting every day, and have basically built up an "ego" if you like to assume that I'll win every day. That seems big headed yes but thats pretty much what you need, confidence in yourself. At the same time I accept there will always be bad days so hence not touching most of the general funds. Most peoples view of "I started with €100 and now have €18,000 so if I lose it, its only money I won." Bollocks. Once youve won it, it becomes yours, dont give it back.

For the challenge, I generally have around €2,000ish on a card for online bookie accounts, Betfair top ups (if need be) and around €400ish - €900ish in Betfair. Depending on whats on really, I like to carry more money the weekends because theres more sport (like €300 lia on a horse, €300 lia on a cricket game, going at the same time). Most normal days I'll start with €400 in the account. I'm a big believer in not needing a big bank to be successful really, like if youre good you'll win with a tenner. Granted you can do certain things differently depending on your bank size, thats obvious, but I've found my comfort level being around €100 - €400, and I like those stakes. Obviously on course, I'm working, things are different you know. But for online gambling its important to be comfortable with what youre betting with because in front of a computer its different, youre more likely to chase, youre more likely to lose the head. And as JP McManus says "you bet to your means," you bet what you can afford to lose. If you can find that comfort level that almost has no effect (impossible I know, but little effect) when lost, youre laughing sure.

I'd assume that a lot of people in my situation would have had €750 - €1,000 on something by now during the course of 8 months, everyones different you know, but you read stuff on the forums about blowing the lot. Its all about staking. If you can win €100 with €300, thats DOES NOT mean you can win €1,000 with €3,000. Far from it actually. Because you think different. Different stakes means different thinking. I wake up every morning and I know what I'm doing, I'm not changing anything each day purely because of what happened the day before. OK, when I lose I aim lower, I play lower, thats natural because I'm trying to look after what I've got, feeling I'm in bad form or whatever. Take yesterday for example, I won near €650, I still started this morning with €400 in the Betfair account, I won €650 the day before so what, thats in the past, on its way into the bank.

As you can see I have a fair idea which sports to kick on with and which not too. I'm comfortable at all those levels, no nerves, no shitting myself, although obviously you do get involved if the games close! Most importantly, I'm happy with those stakes in the market. I'm happy with what I'm doing.

Staking plans are important, but I like to be flexible, and I like to "feel" how much I'm going to bet when deciding between €50 and €300, if you cant "feel" the bet, youre goosed. I like having rules too, because even if I get too far ahead of myself, if the max bet on cricket is €300, I think somethings a certainty but it fails, I've only lost €300 you know. Sometimes, that feeling for staking goes arye (€200 on a horse that should have been €50 for example), thats generally when I'll end up losing that week. When I am losing and feeling bad about it, I'll total the excel month, close it there and then (even if its only 10 days whatever), add it to the overall year, and start a fresh month, who cares that its not the end of the month, end of a certain time period, the important thing is I've just given myself a fresh start. It works.

At the end of it all though, I dont think gambling is something you can teach, its something in your head, its there when things are going bad, it stops you chasing, it stops you doing stupid things, everyone does stupid stuff you know but less of it. I would say to anyone to know 100% if you can do it, dont fool yourself, know if you can do it properly or just stick to doing it for fun. Have yourself in a good place mentally, I dont think I've ever been as happy as I am lately you know, but thats just me it happens things might change, I've no pressure, the day I end up having a child (god help me) is the day I get a job and take life seriously, simple. My one single bit of advice for gambling is to just enjoy it, have fun, have a laugh, have the craic, pick a few winners, shout whos the daddy, go out and get locked and say BOOOOMM! You cant teach picking winners however, but you know, you work hard at stuff and it'll come. Just dont throw money away at stuff I suppose, forget doubles and trebles etc and stick to certain stakes no matter how good things are going. And if things are going badly, relax and lower stakes. You walk to success, you dont run. 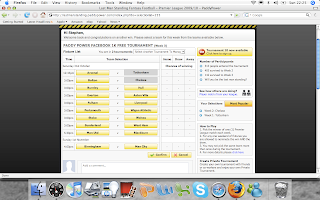 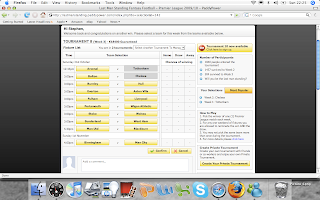