Been a while since I wrote one of these! I'll keep it short as I'm off to give Johnny a birra support for the Jockeys Championship. He has however picked the wrong one (in my opinion) in the 1-55. And Amber Grey is an absolutely massive price at 3/1 with Bet365, max bet stuff for me, done it in two parts, maybe that might keep the price there for a few of the lads a little bit longer you know. The Irish firms are joint favs at 7/4ish, they pretty much have a fair idea.

Don Carlos is a good horse but hes a small wee bit of a dog, he carries his head high and whacks his tail around the place. He should come on for his first run though, he had every chance and to me basically didnt really fancy it. Not much in this race though so maybe he'll be god enough to still win you know. Amber Grey ran a cracker first time out at Navan and was really eye-catching, if Johnny had of picked him I'd guess he'd be near evens. Only small worry is stepping back down in trip is against him you know, he finished really well at Navan which is uphill, but the ground should be testing enough so I dont think its that much against him to not back him.

Anyway, bet365 are the wrong price, and rightly or wrongly its a max bet for me, if you watch both of their races (ATR website for anyone that doesnt know you can) I reckon you'll think Johnny has picked the wrong one. I'm in college most days, so maybe Don Carlos is working like a train lately, I havent heard anything like that though so I reckon Amber Grey will win if they go a good gallop. Johnnys 3 ahead in the title race, so he doesnt need this winner Seamie! 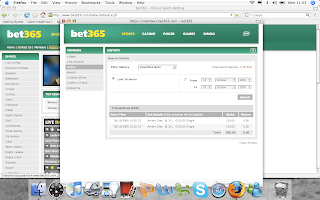