Well, er, India, er, I dont know what to say. How do you not chase down 251? When par on the pitch is probably 300ish (or more), wicket was flat, and only one wicket was out from the ball hitting the stumps. I'm still here scratching my head how they lost actually, never mind eh.

The only possible reason, when I was doing the bet, for them not to win was too not bat out the overs, get a collapse whatever, but that didnt even happen! Every batsman got in, got to 15/20/30 and got out. What a bunch of wasters. I dont have a reason for losing like even after all this happened.. the run outs were terrible (Jadeja, I'll remember that clown), Juvraj and Dhoni running too Ponting, Tendulkar given out when he wasnt and few stupid shots, at least one of these things normally happens in a game but when it happens with every batsman, I dont know, not even angry because I still cant believe they managed to lose from 40-0 chasing 251! Only player I put no blame on is Harbhajan, rest were shite. It was quite possibly the worst 50/50 run chase I've ever been a part of.

The only thing good to come out of it, is the fact that I've a max bet rule in place, if I had €5,000 in the account, it would have been on them at 1.47, no doubt. It was a straight bet, no trading, decided before I did it, I've learned in games like this when I fancy a team so much not to trade, because obviously I'd keep laying the Aussies as their odds got shorter and shorter. Its not a nice feeling losing on something you class as a certainty you know but it happens I suppose. Withdrew money to have the Betfair balance at €200 and I'll bet with that until Saturday, I can sort feel I'm getting a few things wrong lately, throw in today being unlucky, not unlucky but you make your own luck you know. Just one of those times to bet small for a few days.

One of those bets that I'd do tomorrow again so no complaints, just bet small for a few days because obviously I'm doing something wrong that I dont know about. Here I am only two days into the month and already down to guts of €500 like, having done nothing wrong in my view, just lost. I have to laugh, I was asking for more cricket to bet on yesterday, I even took the day off college to bet on it. Should of went to college, should of went to specsavers. 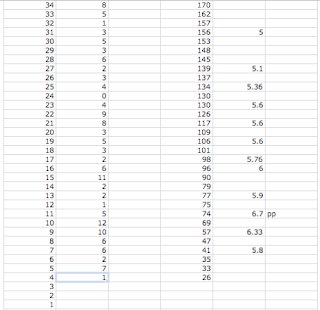